Debra Messing, the left-wing actress and mother, used her son to politicize a hockey game on social media and a mother to a wounded veteran summed up the outrage that had been thrown her way. She was furious and who could blame her? This is very personal to her.

“You’re proud of your son boycott[ing] our Anthem?” Lisa Smith tweeted at Messing on Monday. “I’m proud of MY son. You know why?” Smith continued, “HE can’t kneel or walk on his own. HE was wounded fighting for the very freedom that YOU spit on, yet he has NO regrets! He’s a Patriot & you’re a loser!” 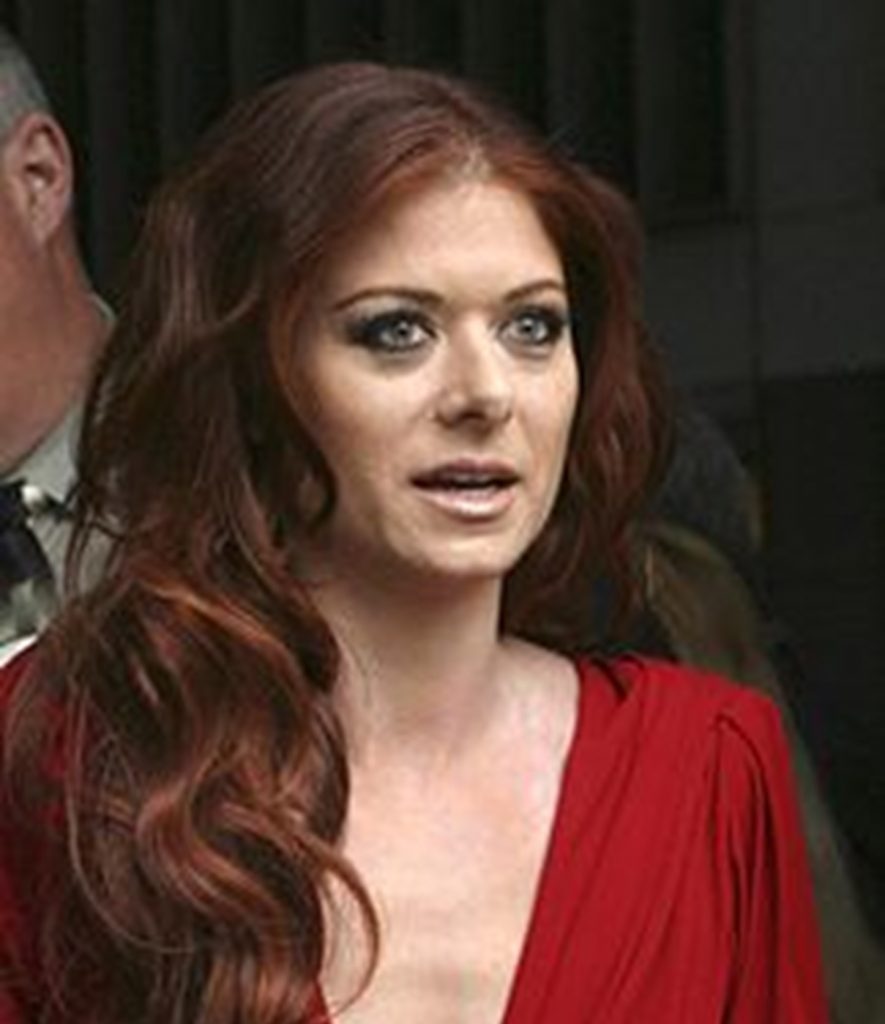 Debra Messing, who first earned fame on Will & Grace, took photos with her son while the two were attending an NHL game between the New York Rangers and the Washington Capitals. The first photo was just a selfie (blow), but the second was a photo of her son as he refused to stand for the National Anthem before the game started. He sat with his hand over his heart with his mom’s enthusiastic approval. Messing was thrilled that her son was emulating NFL players such as former San Francisco second-string quarterback Colin Kaepernick who began protesting during the playing of the National Anthem at the start of the 2016 NFL season. His actions have been causing havoc ever since.

Messing has yet to respond to Smith’s tweet. In response to the enormous backlash, Messing has already deleted her post which was uploaded to both Instagram and Facebook, but this is the caption that was printed next to it:

Son: Mom, I want to sit down in protest. Can we do that?

That’s right, she supports Black Lives Matter which hates cops, the military and all things American. This is not the first time Messing has shown support for the anthem protests or Black Lives Matter. And… Sheila Jackson Lee, an outright racist and communist. The actress recently tweeted out a link of Democratic Rep. Sheila Jackson Lee kneeling in solidarity with NFL players, writing that it made her “teary.” She was all over the “pussy hat” movement too. Messing is an outright Marxist. She even had herself a nice “resistance” cake on Instagram.

The responses raged between negativity and support, but there’s a clear standout from the bunch. Lisa Smith’s message on Twitter about her disabled veteran son has over 1,800 retweets:

[email protected][4]: You're proud your son boycotted our Anthem?
I'm proud of MY son. You know why? HE can't kneel or walk on his own. HE was wounded fighting for the very freedom that YOU spit on, yet he has NO regrets! He's a Patriot & you're a loser!https://t.co/vAesThhwp0[5]

Even if you’re no huge fan of Donald Trump, you have to admire the fact that he brought “loser” back as a credible, damning insult. It has a certain elegant significance in all this.

Messing’s son is 13 years-old and like anyone that age, his beliefs aren’t necessarily his — he wants parental approval — and if performing a certain action can get you praise from mom, then it’s not too far to think that her son is acting this way so that mom can spread it on social media and be proud of him.

A few weeks ago, Messing tweeted that she had cancelled her subscription to the New York Times[7] for the high crime of writing a piece about Ben Shapiro that didn’t paint two devil horns on his head.

Before that, she wrote on her Instagram page that she was “dismayed” by Megyn Kelly[8] after appearing on her Today Show on NBC. The interview was a part of her morning’s press rounds and she and her cast mates were looking to promote the continuation of Will & Grace. The other stars on the show have stayed silent, probably knowing that being an entertainer who talks politics is a fast way to sour your audience.

Now that Messing has deleted her posts about protesting the National Anthem, I’d like to think that she has finally listened to the 247 voicemails and read the 2,983,479 emails from her publicist begging her to be quiet. We would all be thankful if she would just shut the hell up for a change.

According to IMDb, the 49 year-old actress whose divorce to her husband of 16 years was finalized in 2016, Messing is a “staunch liberal Democrat” and is good friends with other lefties including Bette Midler. Color me not surprised in the least over that. She’s a female Hollywood moonbat who schmoozes with other harpies. They herd and nest together, don’t ya know.

Good morning friends! THANK YOU for all your thoughts & prayers! I have so much to be grateful for!
My son,My hero Michael is doing well & will hopefully be home from the hospital on Christmas Eve! (He'll have to go to a physical rehab facility after the holiday)#FlashbackFriday[9] pic.twitter.com/IxtVGjhejo[10]