I’ve never cared for liberal Geraldo Rivera[1], but he at least gets it on President Trump, who is an old friend of his. He pointed out that Trump is surrounded by rats who are leaking info, false and true, whenever they get a chance. He doesn’t know how Trump can work in such an environment and neither do I. Although friends, Rivera doesn’t support Trump on most things. But in this instance he rightfully notes that President Trump has not broken the law. Not even close.

There is no basis for impeachment for Trump. For cripe’s sake! He’s only been in office four months. Now, as far as Flynn goes, I disagree with Rivera. He was bought and paid for by the Russians and he should never have been in Trump’s cabinet to begin with. Having said that, Trump asking Comey to get past Flynn is not obstruction of justice either. I think this whole thing is going to blow up on Comey in the end. Rivera is right… the media has been highly unfair to President Trump and hypocritical in comparison to Obama. It shows just how tainted our media is and how they can no longer be trusted. 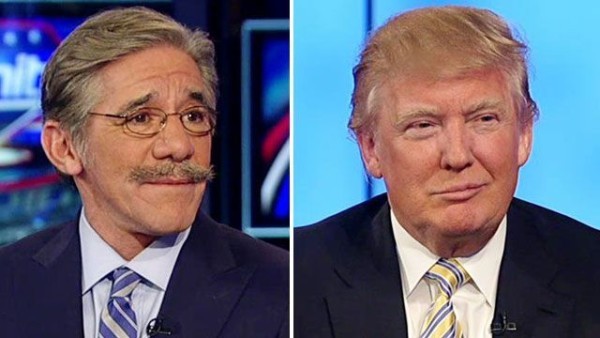 Fox News commentator Geraldo Rivera may not be the biggest fan of President Donald Trump, but he is apparently even less of a fan of the big mouth leakers infesting the White House.

Geraldo jumped to his Twitter account to slam the leakers and to express some sympathy for President Trump who is being forced to try and govern as insiders seek to undermine him.

Attack @POTUS[4] with reckless abandon & it tanks #stocks[5], spreads uncertainty among our allies & joy among our enemies. Empanel Select Cmte

Geraldo added that it must be “daunting” for the president to go to work every day with all the “rats” around him constantly leaking to the press.

After that, the long-time Fox News host ridiculed those calling for Trump’s impeachment.

#Impeachment[9] talk is lazy, uninformed & reckless-Still no underlying crime. #ComeyMemo[10] does not spell out #Obstruction[11] @POTUS[4] has rights too

The mustachioed one also corrected those who think that Trump had “obstructed” justice” with his comments about Mike Flynn in a conversation with then FBI Director James Comey.

News Flash, @realDonaldTrump[7] hoping @JamesComeyFBI[13] cuts @MikeFlynn[14] some slack because he is a 'good man' is not close to #Obstruction[11]

On the issue of Trump speaking with the Russians and divulging intelligence… that is well within Trump’s purview and is not an impeachable offense. I think meeting with them right after firing Comey was ill-advised and a very bad move. It’s horrific optics if nothing else. I also think considering them allies against ISIS is moronic. Russia uses ISIS as a proxy in the Middle East for political and military reasons… why do you think they still exist there unfettered? Having said that and cringing at Trump’s love of Russia, he still did nothing wrong.

You don’t rally with Russia. They are our enemies. And Trump schmoozing with them just gives the left more ammo against him. Stop it already. But the left is way out of bounds here. They know Trump has done nothing impeachable and are ginning this up because they believe if they yell it long enough and loud enough, it will stick and they can bring Trump down. Geraldo sees this for what it is. Whereas I don’t think Geraldo gets it overall, he does see how Trump is being persecuted here and he gets points for that at least.

Hugely hostile media gleefully portrays @realDonaldTrump[7] as bumbling caricature because mocking him rates. He gets to decide what is secret.

No way #Classified[21] story-same facts-gets any attention if #Obama[22] still president. @POTUS[4] gets to say what's secret. #USA[23] not disadvantaged.