Years After His Infamous Sarah Palin Tweets, Comedian Louis C.K. Says He Ran Into Her, and Did Something He’s Never Done Before

There arguably isn’t a politician or public figure in existence who inspires as much hatred as Sarah Palin does, and unfairly so. Comedian Louis C.K., though, took things to the extreme when he sent out a series of disgusting tweets about her years ago — but now, shockingly enough, he’s decided to apologize to her. 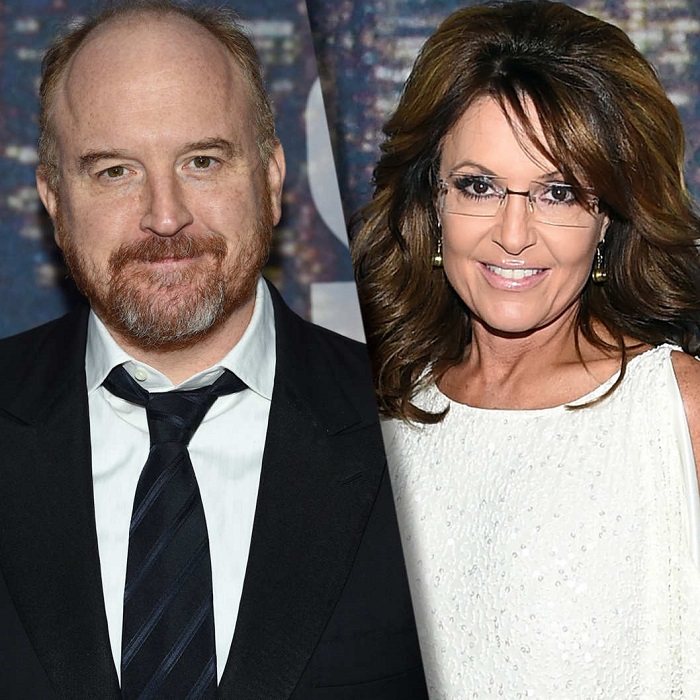 Roughly five years ago, comedian Louis C.K. boarded a plane, drank too much alcohol and tweeted several profane jokes about former Alaska Gov. Sarah Palin. On Wednesday, he revealed to Howard Stern that he recently apologized to her over the remarks, something he said he’s never done before.

Louis C.K., the star and creator of the hit FX show “Louie,” said he met face-to-face with Palin a couple of months ago when she came up to him and “tugged” his elbow at the afterparty of Saturday Night Live’s 40th anniversary special.

“She says, ‘Hey, I think you’re terrific. I think you’re really funny and my nephew told me I have to say hi to you and you’re the one guy I have to meet.’” the comedian recalled. “Something came over me emotionally and I said, ‘Well, I owe you an apology.’”

Louis C.K. said he’s “never in a million years apologized for anything” he’s said before, and he made it clear he doesn’t apologize to anyone else who was offended by his remarks. However, seeing Palin in person moved him to make amends because he’s not an “insult guy.”

… After he admitted that he’d said some “bad things” about her, Palin apparently responded, “Well, you’re a vile person.”

Before their brief conversation ended, Louis C.K. said Palin invited him to go fishing if he was ever in Alaska, something he admitted he would do in a “heartbeat.”

It’s not really much of a surprise to find out that a liberal celebrity would be a disgusting, despicable excuse for a human being who would say such awful things. It probably surprised the heck out of him, though, to learn that Sarah Palin is actually a nice person who willingly forgave him for the horrible things he said.