If you’re a generous person like I am, then you donate to charities that are meaningful to you whenever you’re able to. But that may change after you find out how little of your donation actually goes to the charity. It’s really sad to see this many people donate to a good cause only for the majority of their money to go to a corporation instead of those in need. It’s sickening to know corporations are taking this much advantage of the sick and needy. Here’s a list of the worst charities[1]. 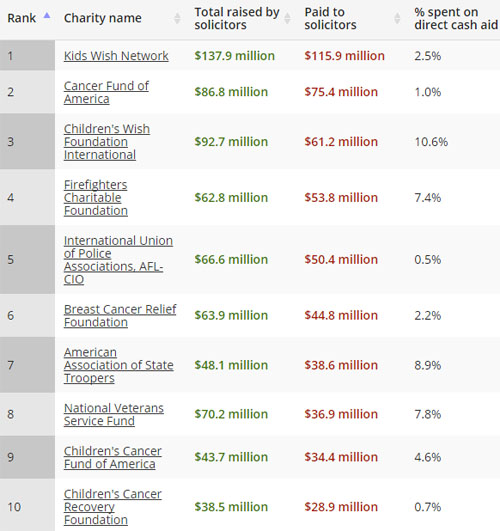 Every year, Kids Wish Network raises millions of dollars in donations in the name of dying children and their families.

Every year, it spends less than 3 cents on the dollar helping kids.

Most of the rest gets diverted to enrich the charity’s operators and the for-profit companies Kids Wish hires to drum up donations.

In the past decade alone, Kids Wish has channeled nearly $110 million donated for sick children to its corporate solicitors. An additional $4.8 million has gone to pay the charity’s founder and his own consulting firms.

So what’s happening is that people are becoming rich by raising lots of money for sick/needy, then keeping most of that money and donating a small amount. Sure, the amount they donate is nice, but when you’re only getting 3 cents per dollar donated, doesn’t anyone else think that’s messed up? If there was a 50/50 split, that would be fine because you need to pay your employees and I believe more people would donate if they knew a greater portion of proceeds actually served a purpose other than being someone’s salary. 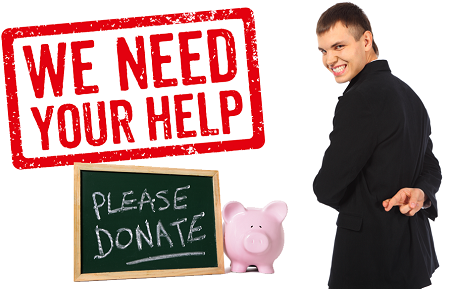