I originally come from Cheyenne, Wyoming.[1] Boy, things have changed there. The police put a message up on their Facebook telling people they would be better off giving donations to a charity than beggars. I couldn’t agree more. Unfortunately, Cheyenne seems to be afflicted with more than their share of liberals these days who got their panties in a twist over the post. Social media was set on fire over it.

The panhandler they used as an example had collected almost $235 dollars for a few hours of begging. He was arrested for public intoxication, so evidently the guy has a substance abuse problem. But many beggars do it to scam people because the money they make is very good. Some beggars make more than $100,000 a year, if you can believe it. So, no thank you. I give every month to Operation Underground Railroad. They have special teams of ex-military etc. who go into places to rescue children who have been sold into the sex trade. You can see their site here.[2] 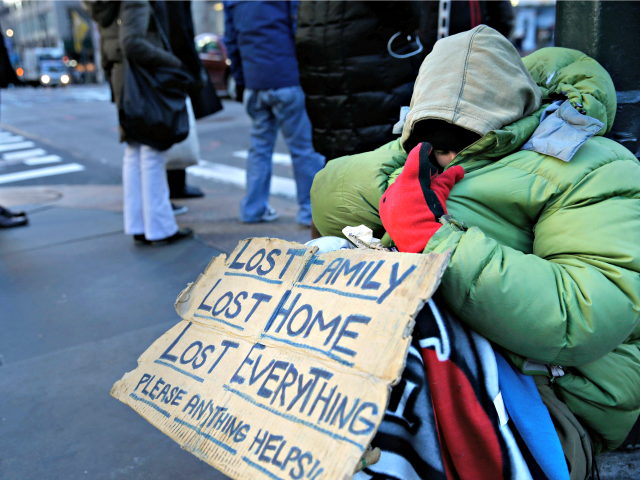 A Wyoming police department’s Facebook post urging people to stop giving panhandlers money and contribute to charity instead caused a flurry of reactions across social media.

“We want to illustrate that there are better ways to help the transient population than to give them money for panhandling,” the department’s Facebook post[5] reads. “This person collected $234.94 in just a few hours of asking for money. Rather than feeding someone’s alcohol addiction, you can donate directly to local charities such as the Comea Shelter where your money will assist the homeless in a much more effective way.”

The post, which got more than 38,000 shares and 28,000 reactions, attracted comments from people who thought the police overstepped their authority.

Let the outrage begin: “Just when I think this place can’t get any more backward. I will give MY money to whoever I please. You’re seriously telling us, like we’re children, how we should treat people?” one woman wrote. No, they are warning you that you are an idiot. Big difference. Another dufus: “Public shaming, nice. Cheyenne Police Department should be ashamed of themselves,” another woman said. “What they do with their money is none of your business and Addiction isn’t a punchline in a Facebook post. Awful.” No, but you are enabling addicts and shame on you for it.

But there were a number of sane people as well: “It’s funny, everyone wants to attack the pd for trying to raise awareness for severe alcoholism, and the publics accidental enabling. Everyone freaks out thinking they stole his money,” another commenter wrote. The police wrote up another post clarifying that they did not take the panhandler’s money… it’s in safe keeping until he gets released.

If someone looks hungry etc., you could always give them food or direct them to a shelter to get help. Enabling addicts and scammers is not the way to go here.

Yesterday, July 22, we arrested a transient for public intoxication. This is a person we frequently deal with, but we…

We want to clarify several things regarding our recent post about panhandling:1. When we encounter someone who is…