Man, I hate to agree[1] with Chelsea Clinton on anything, but she’s right here. Philippine leader Rodrigo Duterte sarcastically said the following: “Just do your work. I will handle the rest. I will be imprisoned for you. If you rape three (women), I will say that I did it.” That is horrific and Clinton said, “Not funny. Ever.” She is absolutely right. But then Duterte called her out big time and brought up Monica Lewinsky and Chelsea’s dad: “I will tell her, when your father, the president of the United States, was f***ing Lewinsky and the girls in the White House, how did you feel? Did you slam your father?” First off, the two have nothing to do with one another. Both are awful.

Duterte is a thuggish, murdering dictator in my book. He’s got his hands full with ISIS and he’s doing what he has to do to try and put them down. Points for that. But he’s empowered his militia to kill thousands of so-called drug dealers in the streets. I’m sure many of them are, but I’d bet not all of them fit that bill. Bill Clinton is a disgrace, but this time Chelsea has a point… I don’t know whether Duterte meant it or not when he told his troops that they could rape up to three women… that’s never funny and never okay. 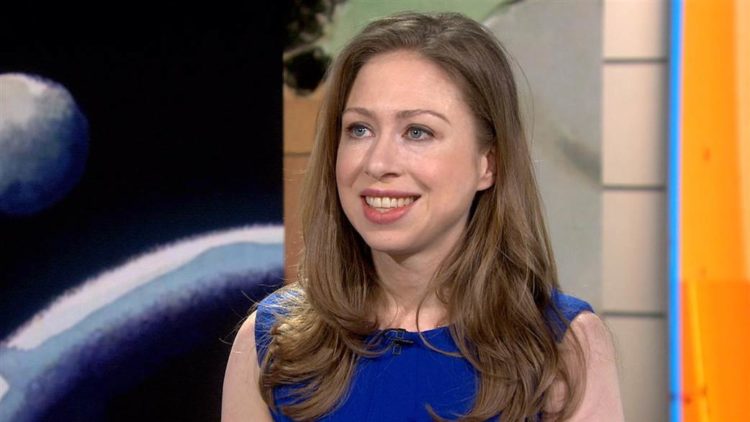 Philippine leader Rodrigo Duterte has denounced Chelsea Clinton as he tried to defend a ‘joke’ he made about his troops raping women.

The controversial president – who has overseen the murder of thousands of drug users and has now declared martial law as he fights an ISIS insurgency – used Clinton’s father’s affair with Monica Lewinsky to attack the former first daughter.

Chelsea joined a chorus of condemnation of Duterte’s remark that his soldiers could rape up to three women each and he would ‘take responsibility’ after declaring martial law in the city of Marawi.

Duterte said today: ‘These whores, they hear “rape”. Like, like Chelsea, she slammed me. I was not joking, I was being sarcastic. Listen to the speech. I do not laugh at my own jokes.’

‘I will tell her, when your father, the president of the United States, was f***ing Lewinsky and the girls in the White House, how did you feel? Did you slam your father?’

The former first daughter had tweeted ‘Not funny. Ever’ in reaction to the news of Duterte’s remarks on rape.

In a second post she wrote: ‘Duterte is a murderous thug with no regard for human rights. It’s important to keep pointing that out and that rape is never a joke.’

Whereas I think Chelsea Clinton is a ditz who has political aspirations (God help us), every once in a while, she gets it right. Although I have no sympathy for her being called out over her parents. She’s right on Duterte and she was right to call out Kathy Griffin’s horrid Trump beheading gag. Duterte is brutal and joking about rape to your military is just downright evil. He then accused American soldiers of raping women in the Philippines and Japan, without giving details, before returning to Clinton. “It is a crime actually committed by soldiers, mostly Americans in Okinawa,” he said, referring to several rape cases involving US servicemen stationed in Japan, most recently last year. Does this sound like an ally to the US to you?

Duterte caused outrage in the lead-up to his presidential election win last year when he recalled a 1989 prison riot in which an Australian missionary was killed and inmates had lined up to rape her. Duterte said the victim was “beautiful” and as mayor of Davao city where the riot took place, he should have been first in line. He later apologized and said he meant no disrespect to women or rape victims. The Australian and American ambassadors to Manila voiced their disapproval at those comments, but Duterte reacted furiously then while insisting he had been taken out of context. Right.

Duterte has had to declare martial law in the Philippines because of ISIS. The Jihadists are killing people who cannot quote the Quran there. They are slaughtering infidels left and right. Right now, Duterte is at war. He says he was being sarcastic with the rape comment. It sure didn’t sound that way and who does that? Duterte last year called then US president Barack Obama a ‘son of a whore’ for criticizing the drug war. I may not care for Obama, but that was out of line. Anyone who seems to have a thing for rape the way Duterte does, is a deeply evil person and not our friend. 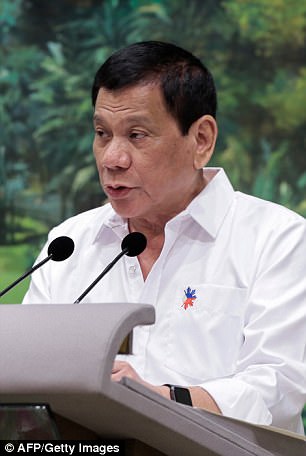 Attack: Philippine president Rodrigo Duterte lashed out at Hillary Clinton who criticized his comments on rape. 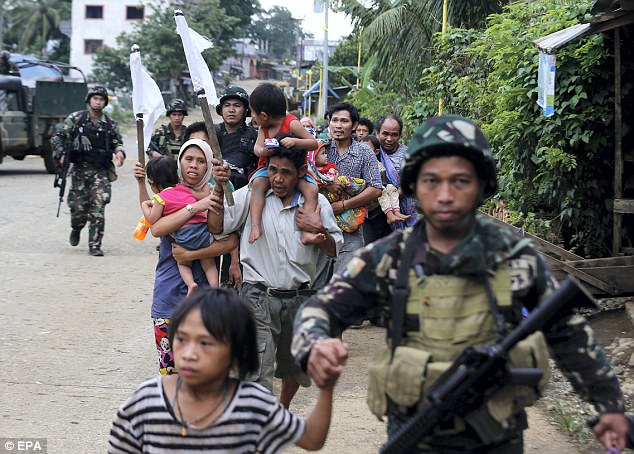 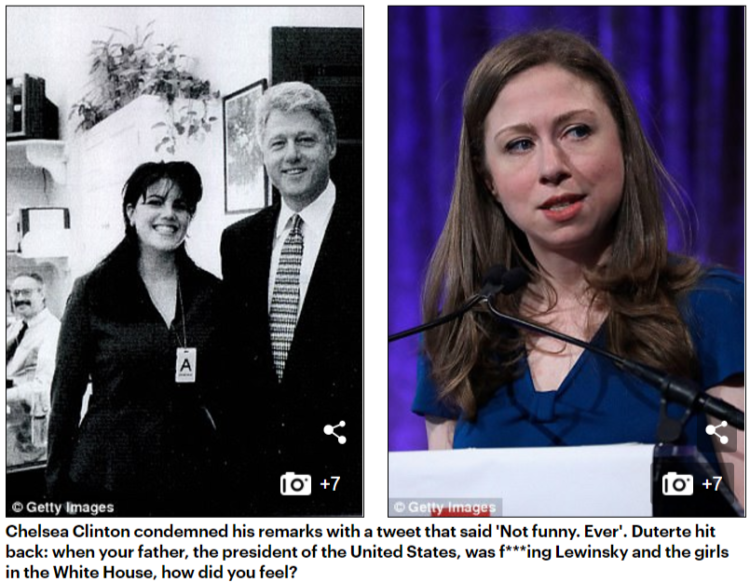 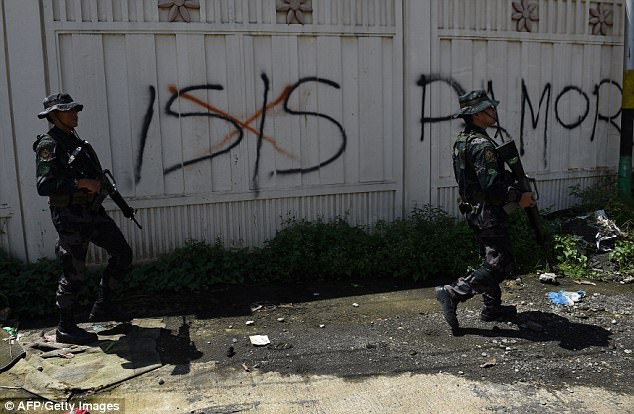 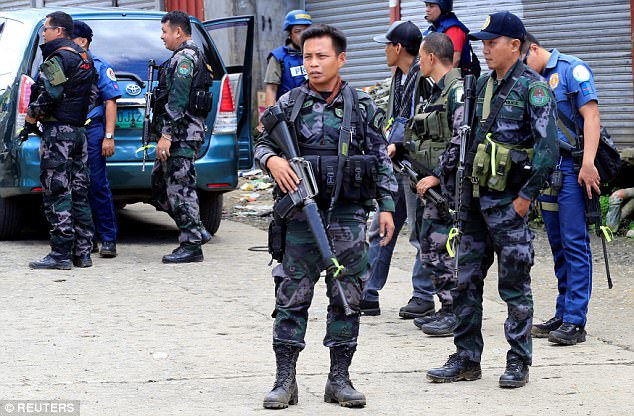