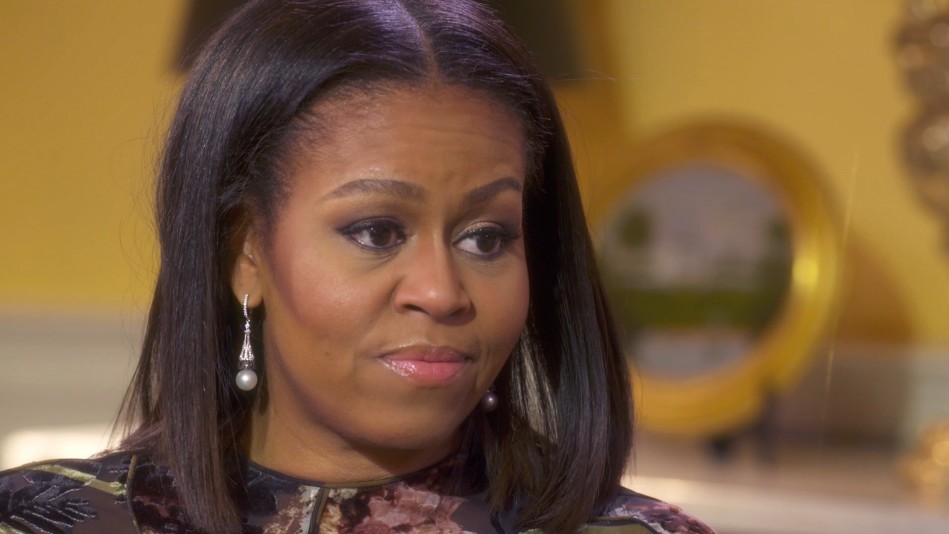 Clinton took to Twitter this week to warm up her pubic image and score some future running points by drawing attention to a more than obvious recent study that showed that kids in school learn better, are more attentive and better hold onto what they learn when they’re not hungry and eat nutritional food.

When one Twitter user couldn’t help but reply frankly to the obvious, and so like a Clinton, who thinks she’s so much smarter than she is, she used the opportunity to bash Republicans, writing that Republicans have been trying to repeal free lunches and make children’s meal times miserable.

“Sadly, many Republicans continue to argue against free school lunches & breakfasts & against nutritional support for families.”

Though she was evidently trying to take a swing at Republicans, Clinton ended up punching Michelle Obama, who was standing right behind her. So why? Duh! It’s because while her husband was President, Michelle had ‘worked’ to completely destroy the national school lunch program while spreading the free and reduced lunch program.

Yes, the Obama administration did overhaul the lunches of children across America. However, the changes they enforced seemed less nutritious and more like slop a Russian Gulag prisoner would eat.

Many people took to Twitter to note Clinton’s unknowing swipe at Michelle:

It would help if these Michele Obama "free" lunches didn't look & taste like cardboard. Is research necessary when common sense is needed?

There’s a lot more where these came from…Chelsea is definitely her mother’s daughter.