Trump issues a statement of optimism to the people of Texas. Chelsea Clinton (you know, the spawn of an adulterer and a habitual loser) doesn’t like that.

Apparently she is unsure why so many people are giving messages of hope in a time where it is easy and tempting to wrap yourself up in a blanket of misery, lie on a bed of self-pity and wait for someone else to come fix your situation.

Never fear, Twitter is here to set her straight. 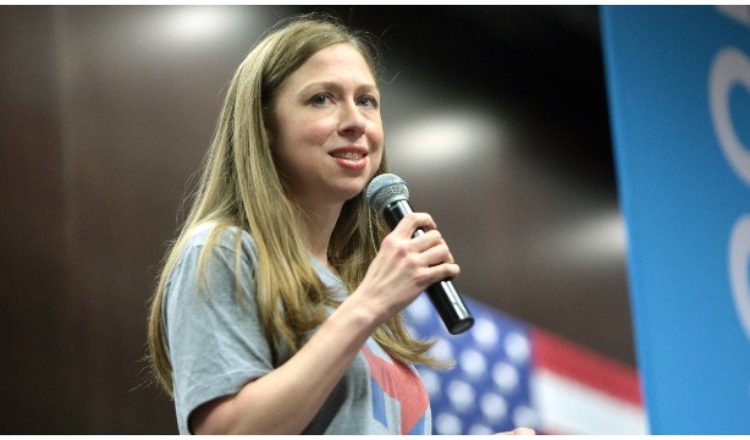 The President went down to Texas to do what he could for the ailing people, including serving dinner to speaking with people of all kinds about their experiences.

And he’s right, it’s beautiful and wonderful to watch your people come together to help each other in their time of need. People from all over the country are donating time, money and resources to take the burden off of the shoulders of those affected and it’s enough to bring a tear to the eyes of anyone with a soul.

While this is not directly insulting to the President, the implication is clear: He wasn’t depressing enough for Clinton, so he must be out of touch. Never mind the fact that it is quite simple to find negative things to say about the situation in Texas, it is not necessary. Everyone knows the situation sucks. You don’t walk up to an addict on the street and say “Wow bud. You’re really screwed. You’re probably gonna die.” You give them words of encouragement and offer to help, which is exactly what Trump was doing.

Oh, but the Internet wasn’t about to let Princess Clinton get away with this one. No siree.

Do you disagree that the country coming together to help the people of Houston has been wonderful to watch?

The relentless efforts to help those affected has been amazing to watch. His comments laud those efforts. Go kick over another rock.

I'm not Trump fan… But he is right.

We see the greatness of nations during times of adversity. https://t.co/FRabYcd5Df[9]

On behalf of #Texas[11], please delete your account. Thank you

It turns out that reading is above her paygrade. Her inability to understand what is being said is both depressing and scary.