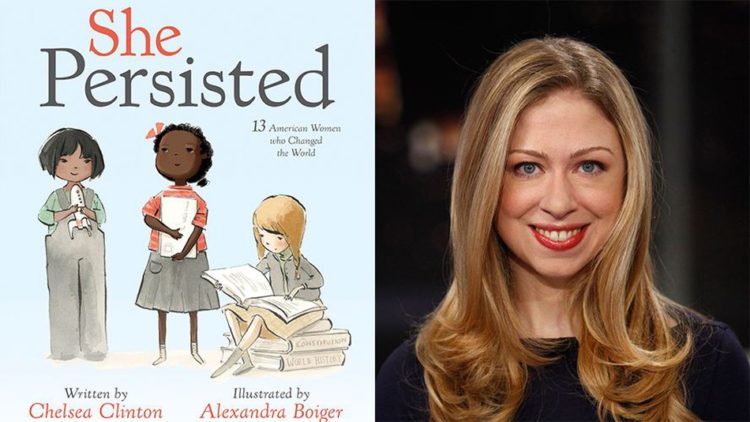 Chelsea Clinton just released her children’s book entitled “She Persisted,” which Chelsea has described as a book for “everyone who’s ever wanted to speak up, but has been told to quiet down.” To promote it, she’s been on a book tour, signing copies.

Recently, Laura Loomer who worked with the Canadian outlet Rebel Media posted a short video online of her asking Chelsea to sign a book for a women who has been very famously spoken up and then silenced by the Clinton.

Juanita Broaddrick alleges that she was raped by Bill Clinton, then the attorney general of Arkansas, in 1978. Furthermore Juanita alleges that Hillary was a major part of the cover-up of this case. During the Presidential election, Trump famously brought several of Clinton’s alleged victims of sexual assault with him to one of his debates with Hillary Clinton. For us, we received one of the best videos in years[2] of Bill trying to keep a straight face as his infidelity was brought up by Trump himself.

In the video posted by Loomer, she attended a book signing in New York City and filmed herself asking Chelsea:

“Because this book’s for everyone, including women who have wanted to speak up but have been told to quiet down, can you sign it for my friend, Juanita Broaddrick? Because she’s been silenced by your parents, especially Bill Clinton, who’s a rapist. Can you sign it for her?”

Chelsea responded with a “Thank you for coming today.” I don’t see any other possible comment she could’ve registered at the time, given that the subject matter is alleged rapes committed by her father.

As for Juanita, she appreciated the effort, tweeting this:

This young journalist is pretty awesome. Thanks Laura. https://t.co/WcyHw635aO[3]

I was 35 years old when Bill Clinton, Ark. Attorney General raped me and Hillary tried to silence me. I am now 73….it never goes away.

One user asked her, “Ma’am, am curious as to why you wish to air this information now and only now?, I am not doubting your claim, just curious ma’am” to which Juanita replied “I have been “airing” since 1999.”