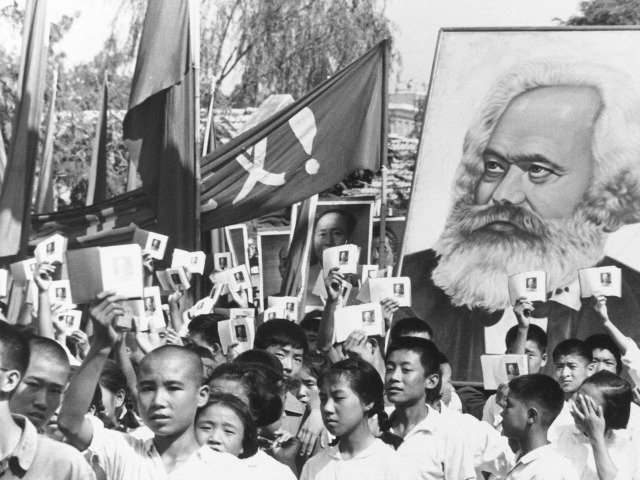 From the perspective of Chinese society, the division of values in US society is striking. In the past few days, protesters in North Carolina toppled a nearly century-old statue of a Confederate soldier during a rally against racism. The Lincoln Memorial was vandalized in Washington, DC.

It would seem the Communist Party is keen on not letting a “good tragedy go to waste.” It is their modus operandi. The Global Times editorial assures that China’s government and culture are vastly superior to America, “the very country in the Western world that can withstand all kinds of twists and turns.”

The editorial goes on to say that America survived the sixties because it was able to come together and unite against the Soviet Union, but now “changes in the global power structure have gradually crumbled the confidence of US society.”

“While the people are not of one mind, the president is supposed to be the core to rebuild consensus. However, Trump seems to have become exactly where the conflicts start. No matter what he says about the Charlottesville violence, people are not buying it. This reflects the systematic defect of the U.S.,”

How about this. We are allowed our own opinion in America and aren’t sent off to some gulag for not thinking the same way the regime does. This is what makes America great and this is what Trump is trying to do to make America great again.

“Chinese society does not indulge the expansion of social conflicts. China has always been cautious and kept a close eye on any social chaos from its initial stages. It has learned great lessons from its lengthy history and it spares no efforts to build social unity. China is wary of the limits of its social endurance and we prefer political stability and flexibility.”