China Reveals NEW Nuclear System The US CANNOT Match… Are We Losing?

Obama has stripped our military[1] of manpower and weaponry so severely that we are basically sitting ducks. He has empowered our enemies… Russia has roughly doubled their nuclear stockpiles and the Chinese are busy greatly increasing their military capabilities. Take for instance, their new long-range intercontinental ballistic missile, known as the DF-41. It should be ready to go some time this year. It is the world’s longest range missile and is capable of striking the US in about half an hour. It carries multiple warheads and can strike anywhere in the US from anywhere in China. It is widely known that our radar system is in poor disarray and will not catch everything these days. Neither will our multi-layered missile defense shield. Obama is trying to dismantle it altogether. The Chinese must be smiling. 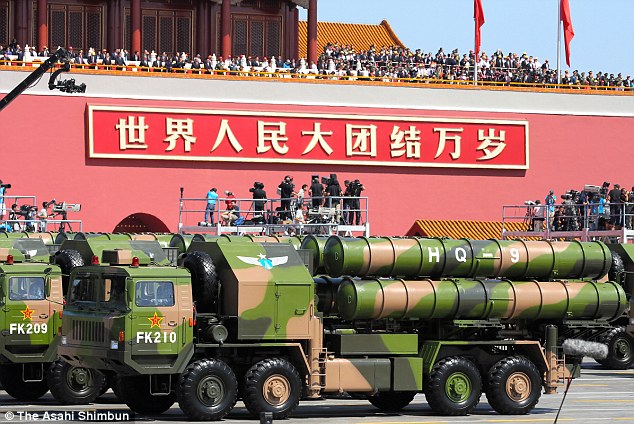 While President Barack Obama has made efforts to reduce our military’s capabilities, particularly in regards to missile defense, America’s rivals in China and around the globe are exploiting the obvious sign of weakness by greatly increasing their own military capabilities[3].

Specifically, Beijing recently announced that its powerful, new long-range intercontinental ballistic missile, known as the DF-41, will be fully operational at some point this year, at which point it will be deployed into service, according to the South China Morning Post[4].

The DF-41, which has been described as the world’s longest-range missile, is capable of traveling more than 9,000 miles and could reach mainland U.S.A.[5] in about a half an hour, whether traveling over the North Pole or across the Pacific Ocean.

“No one questions the longest range of the DF-41 is near 15,000km. But within just a few minutes of being launched, it might be blocked by the U.S.’s defense system at its Guam naval base,” stated Professor He Qisong, a defense policy specialist at the Shanghai University of Political Science and Law. But then again, maybe not. We have not kept up with modern technology and with funding cuts, who knows? The solid fuel-boosted, mobile-launched ICBM has been test-fired at least five times over the past two years and it is believed that the Chinese are working towards making the missiles capable of being launched from a railroad car, which would make it infinitely more difficult to detect before being fired. Even more worrisome is the fact that the Chinese are also making efforts to develop and launch their own set of navigational satellites to guide the missiles. That is expected to be completed by 2020, meaning they would no longer have to rely upon US-owned and operated satellites. Bonus, the Chinese and the Russians have plans in place to take out all our satellites. Elections have consequences… I just hope they don’t include invasion.