On reports that China[1] has amassed 150,000 troops on North Korea’s border, the stock market fell… not catastrophically, but enough to smart. The Chinese are denying the troop buildup. China maintains that all current deployments are at normal levels and that there has been no troop escalation along the peninsula. Personally, I think they are lying[2]. That would be nothing new. China and South Korea agreed on Monday to impose tougher sanctions on North Korea if it carries out nuclear or intercontinental ballistic missile tests, a senior South Korean diplomat said, as the United States increased its pressure on the North by moving a Naval carrier strike group toward the Korean Peninsula.

According to Korean news agency Chosun[3], the “Chinese army has deployed about 150,000 troops to the North Korean border in two groups to prepare for unforeseen circumstances.” The reason: the prospect of “military options,” such as preemptive attacks on North Korea, like the one the United States launched on Syria. Beijing is reportedly preparing for North Korea’s fifth nuclear test by deploying troops along its border with the country. 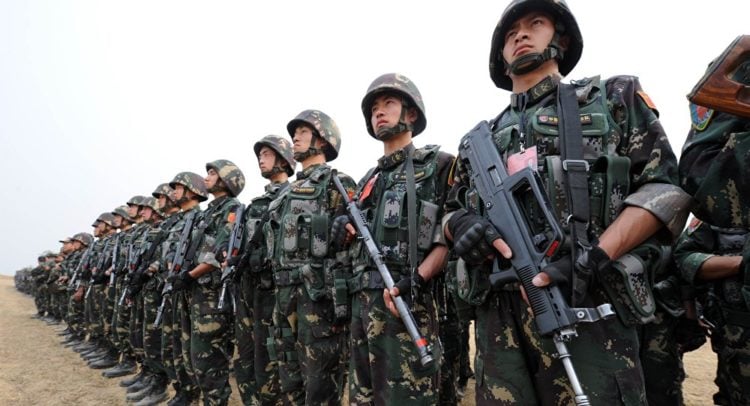 The benchmark averages have surrendered earlier gains on news that China has deployed 150,000 troops to the North Korean border, and the U.S. is considering further sanctions against Russia. The reports caused the S&P 500 to falter at trendline resistance at 2,370 and the Dow Jones Industrial Average to fall back to support at the 50-day moving average.

Stocks were cautiously higher before Monday’s open amid geopolitical pressures and jitters ahead of Q1 earnings from the country’s largest banks. As the morning progressed, the averages gained altitude before running into a wall of resistance that was exacerbated by reports of troop deployments on the Chinese border with North Korea by a Korean news agency.

Among the eleven S&P 500 sectors, financials were taking the brunt of selling pressure, followed by losses in technology and telecommunication sectors. Energy shares continued to outperform with oil futures buoyed by concerns tied to the Middle East, and supply reductions from Libya.

According to a statement from the Hong Kong-based Information Center for Human Rights and Democracy, 2,000 Chinese troops were tasked with measuring radioactive emissions along the border should Pyongyang follow through with its test to mark a national holiday this week. Earlier on Friday, Beijing announced[5] that it planned to meet with South Korean officials regarding security concerns. “The Special Envoy of South Korea Kim Hong-kyun arrived in China to meet with the special representative of the Chinese government for Korean Peninsula, Wu Dawei, and to exchange opinions on the situation on the Korean Peninsula,” said China’s Foreign Ministry spokeswoman Hua Chunying.

It is widely expected that North Korea will carry out its nuclear test in early May, but they are very unpredictable. It would not surprise me if there were clandestine meetings between the Chinese and the North Koreans this weekend as well. China controls North Korea to an extent and it is hard to tell what would result from such a meeting. Don’t be fooled though… with the heightened military alert in place, China is preparing for every contingency right now, just as the Russians are. 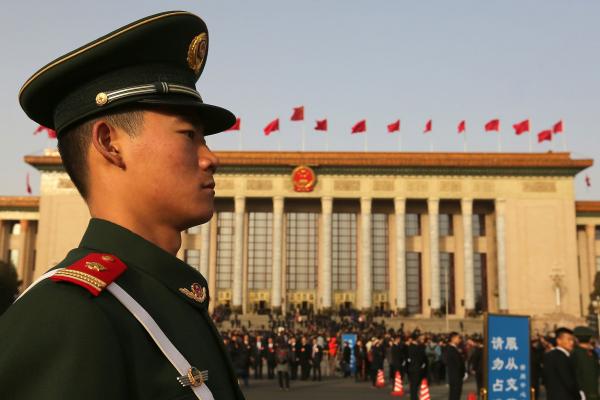