Talk about an ungrateful jerk… see LaVar Ball. He’s the father of one of the punks on the UCLA basketball team that got caught shoplifting in China. You know, a communist country where they throw your ass in a deep, dark pit for ten years. Which might as well be a death sentence, because you aren’t coming out of that hell in one piece. Communist countries are notorious for their prisons and China has it down to an art form. After these thugs got nabbed, President Trump had a word with Chinese President Xi Jinping. He made it clear that it would be a personal favor if the boys were allowed to go home to the US. The boys were released and sent back home.

You would think after that, Ball would be grateful to the President. The boys all thanked Trump just before they were suspended from the team indefinitely (which was the proper thing to do). Not only did Ball not thank President Trump, he said that Trump had nothing to do with their release. This idiot doesn’t seem to get it. China is a communist country. Xi is Mao reborn… he is ruler for life there now and is consolidating his power. He might as well be a God. The only way those boys were ever leaving China, was at the behest of Trump. And now because of this, Xi will be able to call in a favor on Trump, which is never a good thing. 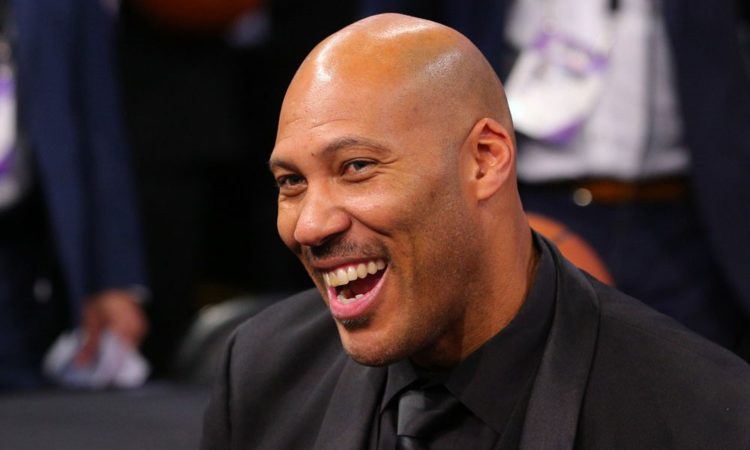 I am not a big fan of Trump’s Twitter rants, but this certainly calls for one. “Who?” LaVar Ball told ESPN on Friday, when asked about Trump’s involvement in the matter. “What was he over there for? Don’t tell me nothing. Everybody wants to make it seem like he helped me out.” What a jackass. I don’t blame Trump for being angry and insulted by this. Who the heck does Ball think he is? Xi would never give him the time of day.

The players were arrested and questioned on Nov. 7th after allegedly stealing from high-end stores, including sunglasses from a Louis Vuitton store next to the team’s hotel in Hangzhou, where the Bruins had been staying before leaving for Shanghai to face Georgia Tech. UCLA athletic director Dan Guerrero said Wednesday that the players stole from three stores. The team was forced to leave without the boys. They were released from custody after posting bail early Nov. 8th, on the condition that they surrender their passports; they had been staying at a lakeside hotel in Hangzhou prior to flying home.

“As long as my boy’s back here, I’m fine,” LaVar Ball told ESPN. “I’m happy with how things were handled. A lot of people like to say a lot of things that they thought happened over there. Like I told him, ‘They try to make a big deal out of nothing sometimes.’ I’m from L.A. I’ve seen a lot worse things happen than a guy taking some glasses. My son has built up enough character that one bad decision doesn’t define him. Now if you can go back and say when he was 12 years old he was shoplifting and stealing cars and going wild, then that’s a different thing. Everybody gets stuck on the negativity of some things and they get stuck on them too long. That’s not me. I handle what’s going on and then we go from there.” Spoken like a true and dedicated moron.

LaVar Ball doesn't need anyone's help. Even if it's the President. pic.twitter.com/Ej7TQgoPu4[2]

No wonder Ball’s son is a thug. He learned it from daddy. He shut up when he was in China waiting to see what happened to his boy after initially brushing it off as a minor incident. The Chinese did not see it that way and were blunt… the boys were looking at ten years in a Chinese prison. Trump’s social media director, Dan Scavino, fired back at Ball on his personal Twitter account Saturday afternoon, saying Ball’s son, LiAngelo, “would be in China for a long, long, long time” without the President’s assistance. That’s exactly right. “Wannabe @Lakers coach, BIG MOUTH @Lavarbigballer knows if it weren’t for President @realDonaldTrump, his son would be in China for a long, long, long time! #FACT,” Scavino wrote. Looks like Ball’s son is not the only embarrassment to the US in that family.