Thanks For The Bailout, Suckers! GM Builds A New Plant In China

As a general rule, corporations should be able to build plants where they want, whether it’s in America or elsewhere. Moreover, if they choose to go overseas, we should be asking, “Why is that?” Are our corporate taxes too high? Do we have too many regulations? Is there something else that we can do as a nation to be more business-friendly, to keep building plants here in America, so that we can employ more people and rake in more taxes? 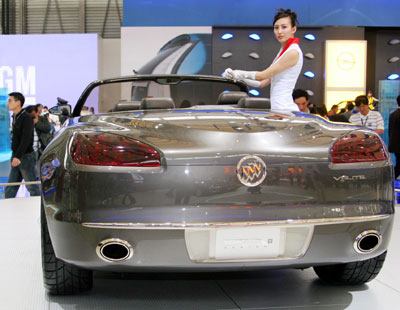 However, it’s a little different with a company like General Motors.

Taxpayers lost more than 10 billion[2] bailing out GM because Obama thinks it’s fine for his corporate allies to embrace capitalism on the way up and socialism on the way down. Now, GM’s taking some of that money that it pilfered from us and it’s building a plant in China with it[3].

“We’ve decided that the luxury market is going to grow and we want a bigger share,” said Dayna Hart, a spokeswoman for GM in China.

Barack Obama’s union pals did great and China’s doing great, but how did American taxpayers make out? We got looted. Here’s an idea: To hell with the new plant in China, how about paying that money to taxpayers to cover some of what we lost?