Well, it looks like President-elect Trump[1] has just poked the Chinese dragon… the media is reporting he called the President of Taiwan. Something that has not been done since 1979. Trump on Friday night[2] said Taipei initiated the call. “The President of Taiwan CALLED ME today to wish me congratulations on winning the Presidency. Thank you!” tweeted the President-elect. He soon followed up by tweeting, “Interesting how the US sells Taiwan billions of dollars of military equipment, but I should not accept a congratulatory call.” He’s no fan of China and wants them branded as a currency manipulator. To be fair, all countries do that, but Trump feels that the Chinese are especially egregious in that arena. Trump and his team are vague on the details, but one thing is clear… China is pissed.

The Left of course, immediately wet themselves over this development. Frankly, I think it is long past time to confront the Chinese, but I would say that if you do so, be ready to tango militarily. But then again, maybe the Chinese want to see what Trump does first[3]. China’s foreign minister says he hopes Beijing’s relations with the US won’t be “interfered with or damaged” after President-elect Donald Trump broke with decades long diplomatic tradition and spoke directly with Taiwan’s leader. Hong Kong’s Phoenix TV reports that Chinese Foreign Minister Wang Yi[4] said Saturday the call between Taiwan’s president and Trump was “just a small trick by Taiwan.” He said he thought it would not change longstanding US policy toward China. Wang says the so-called “one-China policy” is the cornerstone of US-China relations and that Beijing hoped that foundation would not be “interfered with or damaged.” 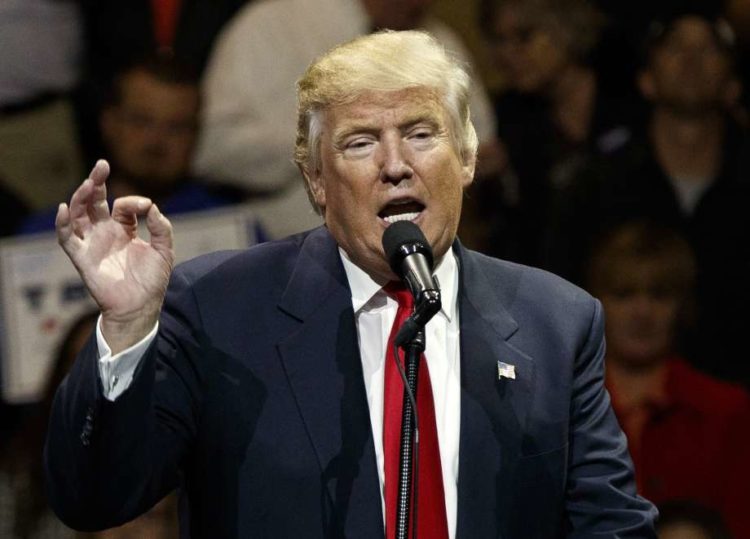 President-elect Donald Trump might be sending signals to the Chinese government by doing something no American official has done since 1979.

According to the Financial Times — and confirmed by three people — Trump has placed a phone call to the Taiwanese president Tsai Ying-wen on Friday.

The telephone call, confirmed by three people, is believed to be the first between a US president or president-elect and a leader of Taiwan since diplomatic relations between the two were cut in 1979.

Although it is not clear if the Trump[7] transition team intended the conversation to signal a broader change in US policy towards Taiwan, the call is likely to infuriate Beijing which regards the island as a renegade province.

For all the world, this looks like a signal to the Chinese from Trump that the game is about to change radically and they better deal with him on his terms. We’ll see. In 1978, America formally recognized the “One China” policy and acknowledged Beijing as China’s sole head of state. The “One China” policy states that the People’s Republic of China is the government that has blanket control over all of China and the surrounding islands. Taiwan does not recognize this and instead seeks independence.

Regardless of what the Chinese say, they are sure to see this move as highly provocative. Again, I’m cool with that, I just hope that we are prepared for the consequences. The communist Chinese have led us around by the nose and the pocketbook for far too long. It appears that Trump was serious when he talked smack to China. Things could get very interesting and not in a good way. 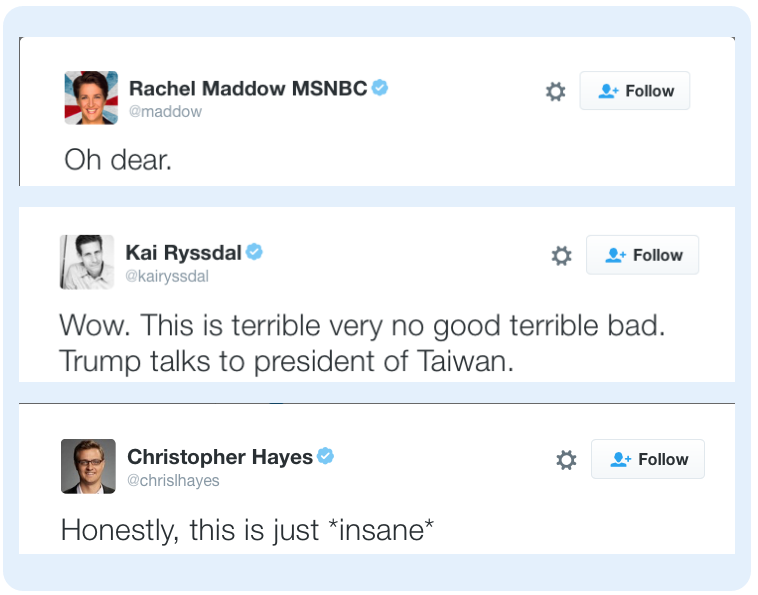 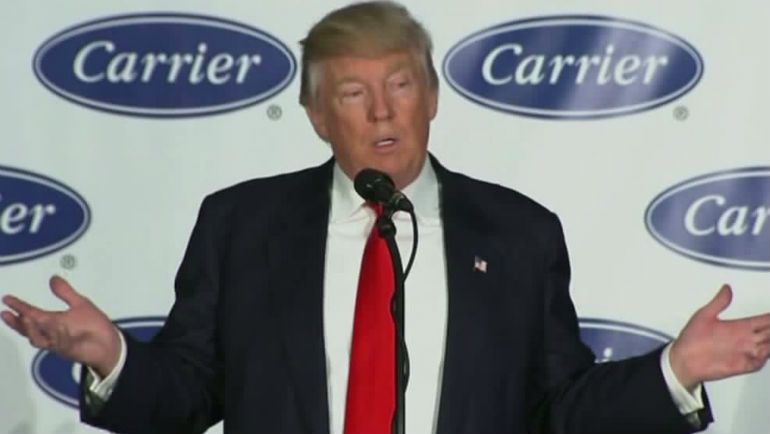