VIDEO: Construction crew gets out of hand as BULLDOZER BATTLE Happens In The Street 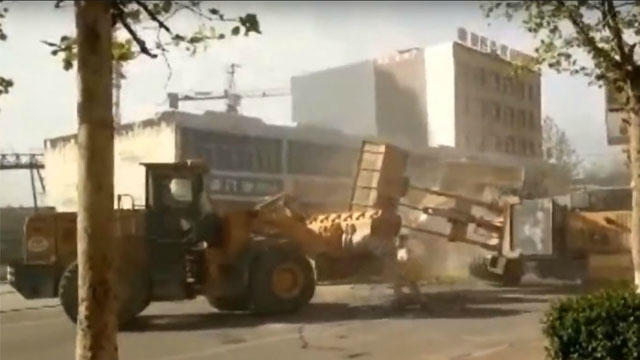 This insane bit of combat using heavy construction equipment comes to us from northern China, and it’s apparently the product of a disagreement between a pair of competing construction companies. In Europe or the USA, such disagreements typically get resolved in court. As China is a bit less evolved economically, in that country they get resolved with front-end loaders.