Justices who sit on the Supreme Court[1] rarely voice their own opinions in public. So, when one does, I listen even more closely. Justice Alito spoke before a gathering of Catholic judges and lawyers known as Advocati Christi in New Jersey and he issued a dire warning to America. One that each of us should take to heart and ponder deeply. He cautioned on the threats facing religious liberty in this country. He cited his own dissent on the 2015 Obergefell v Hodges Supreme Court ruling on same-sex marriage. At the time, Alito warned that those who opposed that ruling would be branded as bigots and heretics. That has certainly come to pass.

There is a battle in America today as I write this for religious liberty. Christians are being silenced at every possible opportunity. The threat was especially prevalent during the Obama administration. Hopefully, President Trump will negate some of the threat as he seems to more firmly support the First Amendment. It is a battle playing out in cities big and small across America… the most recent example are liberals filling town halls and disrupting prayers and the Pledge of Allegiance to silence us. It’s a progressive form of moral rot being propagated by Marxists and the left. As free Americans, we dare not let them succeed. 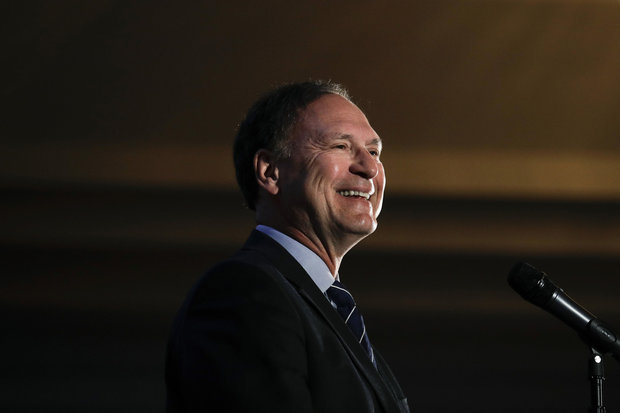 Justice Samuel Alito, appointed to the high court in 2006 by former President George W. Bush, recently spoke at a gathering of Catholic judges and lawyers known as Advocati Christi in New Jersey and issued a stark warning about the threats facing religious liberty in this country, according to The Associated Press[3].

Citing his own dissent[4] in the controversial 2015 Obergefell v Hodges Supreme Court ruling on same-sex marriage, Alito reminded listeners that opposition to the decision would be utilized to “vilify those who disagree, and treat them as bigots.”

“We are seeing this is coming to pass,” Alito said, quoting iconic rock star Bob Dylan’s famous song lyric, “You don’t need a weatherman to know which way the wind blows.”

“A wind is picking up that is hostile to those with traditional moral beliefs,” he said.

“We are likely to see pitched battles in courts and Congress, state legislatures and town halls,” Alito said. “But the most important fight is for the hearts and minds of our fellow Americans. It is up to all of us to evangelize our fellow Americans about the issue of religious freedom.”

Alito spoke for approximately 45 minutes and mentioned a myriad of memorable people and events, including Dylan and the 1960’s sitcom “The Flying Nun,” as well as more traditional mentions of the Founding Fathers and 19th-century French author Alexis de Tocqueville. This is an issue that worries Justice Alito right to his core. I can understand that as I feel the same way. It feels like a fight between good and evil for the very soul of our nation at times.

Alito is a Catholic and a man of great faith. I am not Catholic, but I am a devout Christian. Each of us out here fighting in the trenches sees the dangers of moral relativism and how over the last eight years collective thought has replaced individual liberty. Christians are increasingly treated with hostile attitudes and they are dismissed as being unstable… that collectivism and Marxism are the only sane courses left to us. No, they aren’t. This country was founded on Christian principles and for it to survive as the land of the free and the home of the brave, we must fight for that, not turn our back on the battle before us. 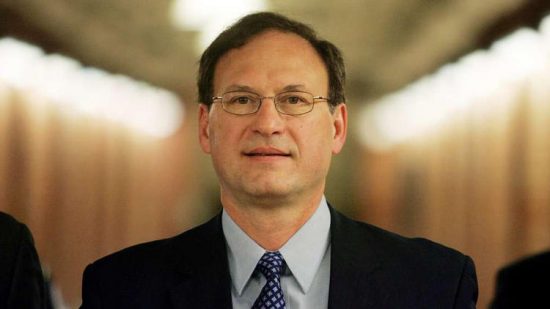