California Churches Sue After the State Demands They Pay for Abortions

Liberals are trampling all over the Constitution once again, and they’re going after their favorite target: Christians. Who needs religious freedom? The state would rather force churches to pay for abortions. 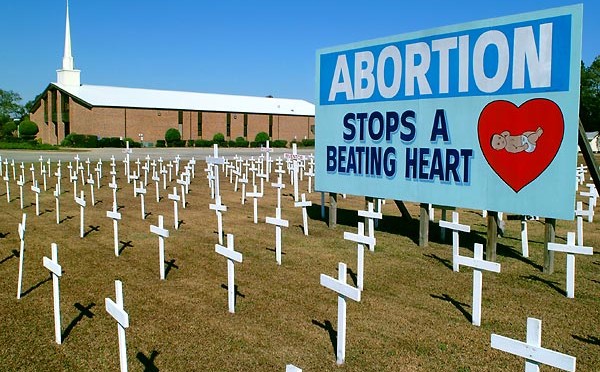 A group of California churches filed a federal lawsuit Friday against the California Department of Managed Health Care — the agency that mandated churches must pay for elective abortions in their health insurance coverage.

The lawsuit — filed Friday by the Alliance Defending Freedom, a Christian conservative legal firm — contends that the mandate is “unsupported” and “unnecessary.” It lists as plaintiffs: Calvary Chapel Chino Hills in Chino, Foothill Church in Glendora and The Shepard of the Hills Church in Porter Ranch.

“Churches should not be forced to pay for the killing of innocent human life,” ADF Senior Legal Counsel Erik Stanley said in a statement. “The government has no right to demand that church health insurance plans contain coverage for abortion – something that violates these churches’ most sincerely held religious beliefs. California is violating the Constitution by strong-arming churches into having this coverage in their plans.”

The abortion mandate policy took effect in August 2014, and ADF filed formal complaints with the federal government on behalf of the churches then. Casey Mattox, senior legal counsel for ADF, told TheBlaze last October that states receiving federal funds, such as California, are prohibited from discriminating against health care plans that do not offer abortion coverage. He warned then that a lawsuit could follow if the federal government did not listen to the churches’ complaints and stop the mandatory abortion coverage.

“Because Obamacare requires health insurance coverage, and the California mandate requires abortion coverage in any health plan, these churches are truly left with no way to opt out of paying for abortions,” ADF Litigation Staff Counsel Jeremiah Galus said in a statement.

Galus said it’s “absurd” that the federal government does not require California churches to pay for contraceptive coverage but does require them to pay for elective abortion coverage.

“Elective abortions are not part of ‘basic health care,’” Galus said. “They have no business being forced into the medical coverage provided by churches that do not wish to support terminating lives due to very real, sincere, and well-known faith convictions. We hope the court will require California to follow the Constitution and respect these churches’ fundamental freedoms.”

At this point, our Founding Fathers must be spinning in their graves over what progressives have done to this country. Liberals love to espouse the importance of separation of church and state, until they want to force Christians into violating their conscience… and then it’s all, religious freedom, pshh, whatever.