Chick-fil-A Responds to Orlando Massacre With THIS… Media Ignores

I love Chick-fil-A![1] They are Christian-owned and are closed on Sundays, but in the wake of the Orlando tragedy, they made an exception. The Orlando chain had workers and volunteers come in and make breakfast and other food for blood donors and first responders. They cooked it up and then took it to them. What a great thing to do after such a terrible atrocity. There is love and giving even in the shadow of so much evil and death. After 50 died and 53 were wounded, Chick-fil-A came to the aid of the gay community and did all they could for them. That’s the true meaning of being Christian. 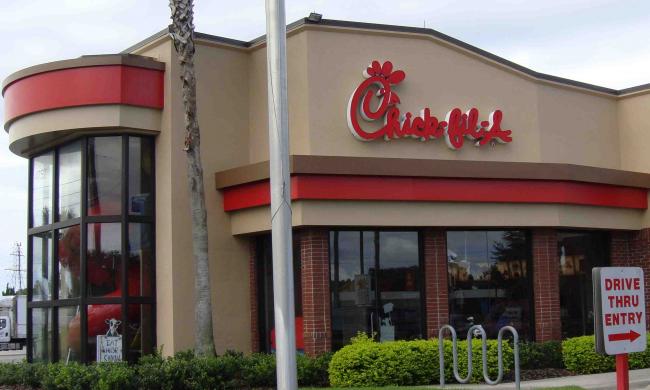 Chick-fil-A is a Christian-owned restaurant chain that traditionally stays closed on Sundays. However, in the wake of the Orlando, Florida, massacre early Sunday morning, several nearby Chick-Fil-A locations decided to make an exception.

Omar Mateen opened fire inside a gay nightclub early Sunday morning, resulting in the worst mass shooting in U.S. history. Mateen was reportedly inspired to carry out his attack because of his hatred for homosexuals and his sympathies toward Islamic extremist groups such as ISIS.

Mateen’s actions inspired action of another kind Sunday, as employees from some area Chick-fil-A restaurants in Florida reported to work to help provide food for first responders and those donating blood to victims of the nightclub shooting that killed 49 and injured 53.

The Chick-fil-A in Lee Vista posted on its Facebook page, “A few members of our awesome team decided to go into work on a Sunday and make some food for people waiting in line to donate blood. We love our city and love the people in our community.” The Chick-fil-A on Orange Avenue in Orlando, posted, “This morning we joined up with other local Chick-fil-A’s to donate Chicken biscuits and Orange juice to the police, first responders, and firemen who have been hard at work.” LGBT activists have boycotted Chick-fil-A for their stance against same sex marriage. But that didn’t matter this weekend. This is something the media will never publicize. 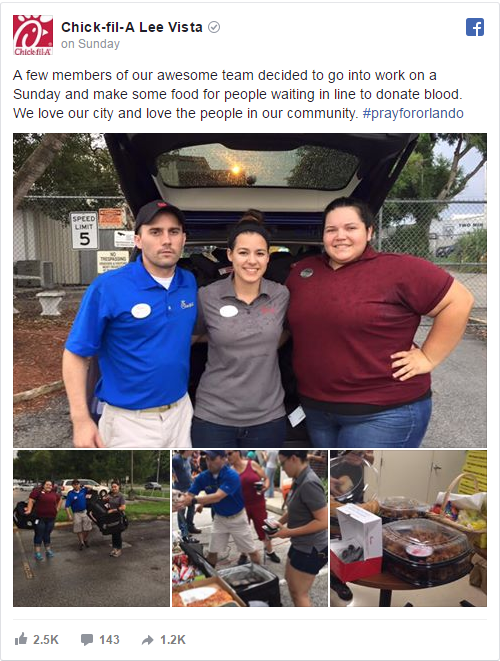 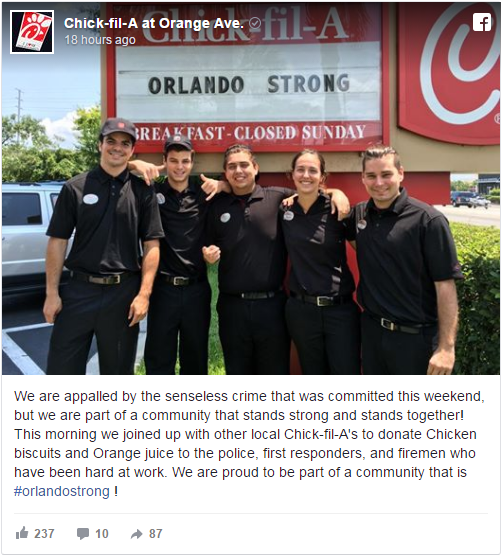 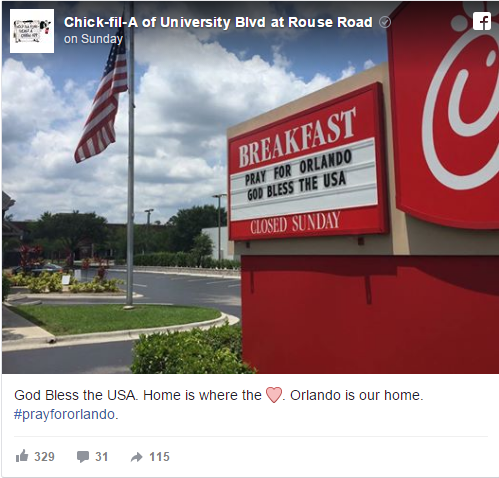