You might have heard[1] of David and Jason Benham who are real estate developers. They are twin brothers and devout Christians. David Benham did a viral Facebook video where he lambastes the Democratic Party and their embracing and expansion of abortion in their party’s platform. He released the video on the last day of their convention and admonished Christians that if they vote for the Democrats, they are voting for those who want to repeal the Hyde Amendment, which stops our tax dollars from directly paying for abortion. The Democrats also support the butchers of Planned Parenthood and the monstrous practice of partial birth abortions. 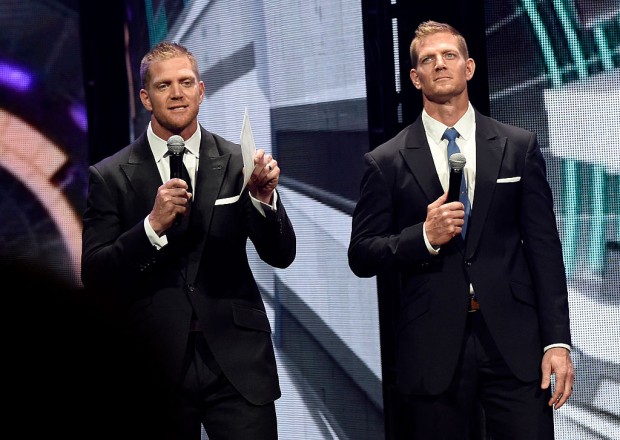 Identical twins David and Jason Benham are former professional Minor League Baseball [sic] players, best selling authors and businessmen known for speaking out in defense of their Christian faith. This week, David Benham, one-half of the Benham Brothers real estate team, posted a video to Facebook in which he lashes out against the Democratic Party’s platform on abortion.

In the video, released on the final day of the Democratic National Convention, Benham asserts that a Democrat like[ly] presidential nominee Hillary Clinton would seek to increase “violence against the unborn” if elected.

Benham quotes the Bible verse Ephesians 5:11[3], which implores Christians to “have nothing to do with the fruitless deeds of darkness, but rather expose them.”

Benham goes on to note that Democratic leaders are also seeking to repeal the Helms Amendment, which prohibits U.S. foreign aid from funding abortions in other countries. He also points out that Democrats have actively sought to “stand against harassment, violence and intimidating tactics of anyone who would talk to abortion clinic workers.” And while he acknowledges that he finds nothing wrong with that policy “on the surface,” Democrats have used it to bar those offering counseling and medical services to pregnant women. These people believe in infanticide and are all for mass murder of the unborn. It is evil and unconscionable… as a Christian, I don’t see how anyone of real faith can support any of this. The Benham’s are right and they are good, faithful men of God. You should heed their words before you vote in November, regardless of which candidate you are currently enamored with.

One more quote from TheBlaze:

The official Democratic Party platform document released July 21 promises to “address the discrimination and barriers that inhibit meaningful access to reproductive health care services, including those based on gender, sexuality, race, income, disability, and other factors.”

Benham concludes the video by warning that if pro-choice Democrats get their way, they will certainly “target Christians faithfully helping mothers choose life.”

“If you call yourself a Christian, and you think you’re going to vote Democrat, that’s what you’re voting for,” he says. “Don’t associate with this kind of garbage.”