I guess this is karma in the universe. You don’t want to tempt the hand of God by coming out to protest an event called “March for Jesus.” No matter what your religion or background, it would make sense to steer clear of protesting Jesus. It seems like good life advice. Advice that this one Antifa activist should have listened to before he decided to protest. 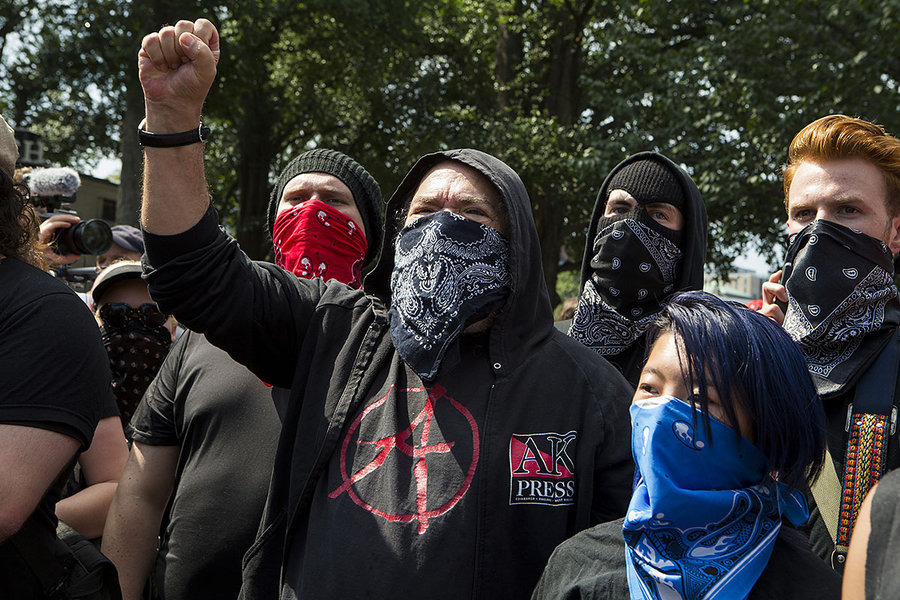 Video footage of the protest was captured and shows the Antifa protesters shouting nonsense and propaganda from a megaphone.

“You saw that flag right, with the cross on it? That’s a known white-supremacist symbol. So them, going around, pushing their Christianity on people who aren’t even necessarily Christian – their obsession with their holiday, their obsession with freedom of speech marks that they want to hurt people.”

It sounds like this guy needed some more love as a child. Maybe he didn’t have a dad growing up. Or if he did, maybe it wasn’t a great family life. Seriously, how do you get brainwashed into thinking that people who are pro-freedom of speech want to hurt people? Don’t worry, it gets better.

“Because they are more obsessed with their ‘rights’ than they are the basic decency that people deserve. These people have a disdain for human rights.”

Uh, like the human right that you are not compelled to say things you don’t want to say? That you are free to discuss your ideas without fear of censorship? What has this guy been smoking? Rolled up pages of the Communist Manifesto? How about the human right that you are free to worship whatever you want to worship, whether it’s some kind of god or nothing at all? What about the freedom to self-defense? The freedom to associate with those you want to associate with? The freedom to petition the government? What about those so-called “human rights?”

This guy confuses thinking with feeling. “Human” rights are not taxpayer funded healthcare, taxpayer funded college tuition and compelling people to use “ze, zir, zim” and other nonsense[2] like that.

He is right about one thing. I do care about fundamental human rights more than the so-called basic human dignity. Whatever that means. What could be more basic to human dignity than the right to defend yourself, or the right to do as you please without harassment from the government? This guy probably is okay with abortions until the baby turns one year-old. Of course this happened in Portland, the wasteland of America. It’s time for an amicable divorce from these kinds of people. Go live in hippie-land and we’ll take care of our own.

He ended up getting hit by a truck at the 1:30 mark of the video. Call it karma or whatever.

Do you think he had it coming? Or is not breaking your hip by a car a basic human dignity?