The Demand For A Different “Traditional Christian” Boy Scouts SPIKES!

The Boy Scouts[1], and the Girl Scouts for that matter, have become twisted and perverted. They don’t represent the traditional values that we knew when we were kids. Now they are pro-homosexual… allowing gay members and gay leaders in their ranks. Their latest ‘inclusive’ move is welcoming transgenders and parents have had enough. There is an alternative Boy Scouts called Trail Life, which teaches traditional Christian values. They don’t exclude members, but I think you have to agree to their terms to join and I’m certain that doesn’t include the gay and transgender agenda.

Trail Life is an option for families who want traditional values taught to their boys. It’s what the Boy Scouts are supposed to be and aren’t anymore. The group is adamant about Biblical truth and values. They don’t allow homosexuality or transgenderism. Good for them. Former Eagle Scout and Florida lawyer John Stemberger founded Trail Life USA in 2013, according to Reporting Texas[2]. The group has about 26,000 members nationwide and around 700 troops. This is a great alternative to the Boy Scouts and it is where I would recommend you send your boys. 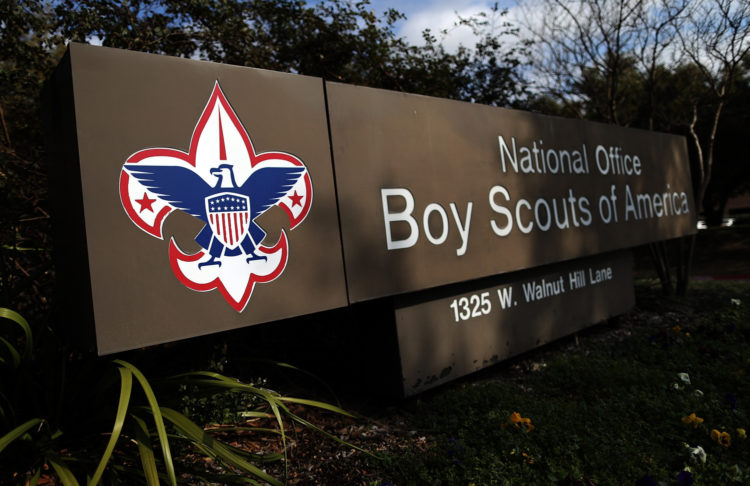 Over the years, the Boy Scouts of America has been making steps to become more “accepting” and “inclusive” — at the risk to its traditional values.

In 2013, the organization allowed members to identify as gay, then a couple of years later, the group welcomed gay leaders. And beginning this year, “transgender” scouts — girls who pretend they’re boys — were allowed to join the once all-male group.

Not everyone has viewed these changes as positive. A new group that recognizes the traditional values that the Boys Scouts left behind is gaining popularity because of the BSA’s shift to serve a liberal agenda[4].

Trail Life USA, which focuses on “traditional Christian values” already has more than 20,000 members across the country.

The faith-based group group is aimed at turning boys into Christian men, and the group’s core values[5] indicate they believe this “can only be done by allowing a boy the opportunity to interact, work with, and be mentored by and with other Christian men.”

Chief Executive Officer Mark Hancock told KVUE-TV[6] that the organization is an option for families that want to teach traditional Christian values to boys, but added they do not do anything to exclude anybody.

The Boy Scouts[7] explained they made the change concerning transgenders after realizing that gender identity has become more complex in recent years. “As a result, the Boy Scouts of America will accept and register boys in the Cub and Boy Scout programs based on the gender identity indicated on the application. Our organization’s local councils will help find units that can provide for the best interest of the child,” the organization told The Daily Caller News Foundation in a statement. And they wonder why parents are pulling their sons out of the Boy Scouts.

Trail Life is still small compared to the Boy Scouts’ 2.4 million scouts and more than 1 million volunteers, but they are growing rapidly. There’s a hunger for morality and teaching boys how to be men, not cross-dressing freaks. Many parents want to know that their sons will be learning alongside Christian men and sharing the traditional values that were once a part of the BSA. In John Hawkins’ New book, ‘101 Things All Young Adults Should Know’[8], he teaches in chapter 13 of the book, “Men should embrace their masculinity and women should embrace their femininity.” And that should be done in separate groups like the Boys Scouts… actual biological gender should determine whether you can join or not and faith should determine the rest.