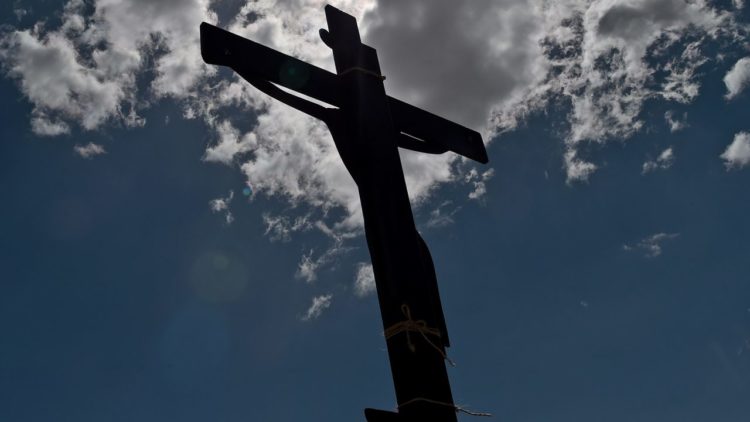 Last month, a tech multi-millionaire and LGBTQ activist named Tim Gill gave an interview to Rolling Stone where he had some choice words for those evil, evil Christians who are holding back American progress.

As reported in The Blaze[2]:

In the interview, the 63-year-old Colorado resident — who’s funneled over $400 million into pro-LGBT social reform causes over the last 20 years — claimed that it’s time to “punish the wicked,” in his opinion.

Gill set his sights on President Donald Trump’s election, and his perception of paradigm shift within the country as a result.

It doesn’t take a scholar to point out that “God Is Love” is a central tenant of Christianity and that it’s only up to God to judge, but Gill seems to be missing that crucial point and has decided to focus on evil Christians as the real crisis in America. Not Islamic extremists who are keen to throw more gay people off of roofs, but Christians, who generally would like to preserve their right to decline baking a wedding cake for a same-sex ceremony.

As reported in Rolling Stone[3]:

The election of Donald Trump, who claims to support gay rights but stocked his administration with anti-LGBTQ extremists, has only emboldened those looking to erase the gains of the past decade. Gill refuses to go on the defense. “We’re going into the hardest states in the country,” he says. “We’re going to punish the wicked.”

Later in the same interview, a friend says of Gill:

“He really believes and expects that everyone should be treated equally,” says David Dechman, a friend and early Gill Foundation board member, “without regard to sexual orientation, without regard to anything.”

Everyone should be treated equally, unless they are Christian, then they are wicked and must be punished.

In 2016, Gill started the Gill Foundation[4], which aims to “advance equality for LGBT Americans further, faster” and gives grants to organizations such as Freedom for All Americans, the National Center for Transgender Equality and Faith in Public Life, which focuses on engaging “faith leaders to use their voices to advance equal treatment for LGBT Americans.”

It’s a nice website, but it’d be even nicer if they told us exactly what rights LGBT Americans do not have that everyone else does have.