If you oppose gay marriage in Michigan, you evidently no longer have constitutional rights or even the right to do business there. East Lansing officials told Steve Tennes he was no longer allowed to sell apples and doughnuts at the farmer’s market. He was dumbfounded by the move. What horrific thing did he do? He wrote a social media post on his faith. You know those evil Christians… just have to keep them in line. Right? Right.

Tennes owns the Country Mill Orchard and Cider Mill in Charlotte. He wrote on Facebook about his family’s Catholic views on marriage. They are deeply religious and won’t host same-sex marriages on their farm. Enter the gay mafia and the government. After that, the city banned him from the farmer’s market. Tennes is a former Marine and his wife is a former Army nurse. This is the way they treat them. It’s disgraceful and disgusting. 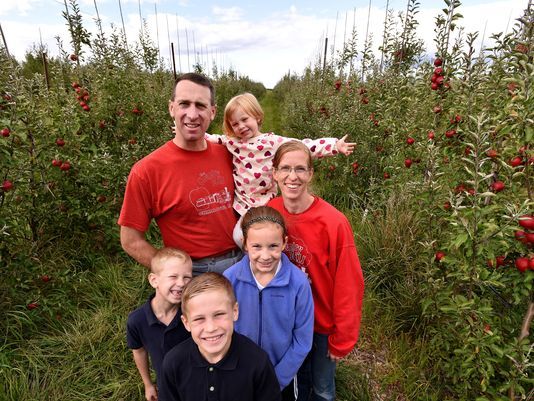 The city’s actions reminded Tennes of his time in the service near the border of North Korea. I find that apropos. He could see into the country and he saw how the people there lived in fear of their government. That’s how he strangely felt when he got a letter from the East Lansing government. “I felt it in my gut. This isn’t real,” Tennes recalls.“We have freedom of speech in this country.” Not so much anymore… especially if you are a Christian.

This couple served this country. They put their lives on the line for our freedoms only to have them snatched away by bureaucrats intent on punishing them for not bowing before political correctness. I’m sure there’s a golden calf somewhere around there as well. The government there isn’t backing down either. In fact, they doubled down by broadening their definition of their civil rights ordinance specifically to ensure the couple wouldn’t have access to the farmer’s market this season.

It went even further, the ordinance also applied to what the family does on their personal property, 22 miles from East Lansing. What a bunch of freaking fascists. “We require everybody to conform their business practices to the East Lansing ordinance in order to use East Lansing property to sell their goods so that is applied to everybody,” says East Lansing Mayor Mark Meadows. How does this guy sleep at night? In the name of inclusiveness he’s stripping these people of their First Amendment right to freedom of speech AND religion. It’s abhorrent. 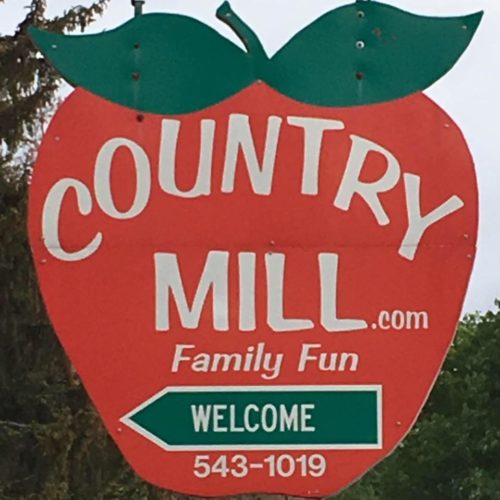 In the early 1970s, the city became the first in the country to include protections for sexual orientation, says Meadows. The ordinance now also includes gender identity. He says this is the first time the ordinance has caused a problem. You mean it’s the first time someone hasn’t caved to thuggish mandates, right?

The city has invited Country Mills to participate in their farmer’s market every year since 2010. The orchard is a popular vendor. Tennes just wants to sell his produce and he doesn’t discriminate who he sells to. The only thing he has a problem with is same-sex marriage on his farm. It’s his freaking land, for Pete’s sake. He also employs gays. But he also has his personal faith which does not allow condoning same sex-marriage. “As farmers, we grow food for everyone,” Tennes says. “Our faith forms everything we do.” And for that, they are being persecuted. Doesn’t the Constitution mean anything anymore?

Since weddings on the farm are held out his back door, they impact Tennes’ entire family, including his wife and their five children, ages 3-13. The whole family pitches in with weddings. Because of this and the heavy handedness of these jerks, Tennes has no choice now but to sue the city over its actions. The lawsuit was filed in May. Next week, a judge will hear his motion for a preliminary injunction and the city’s motion to dismiss.

Alliance Defending Freedom has taken the case and is representing Tennes. They have previous experience with First Amendment incidents like this. Kate Anderson, legal counsel with ADF and head counsel on the Tennes case, points out a related case involving a Colorado cake shop owner that is now before the US Supreme Court. “It’s a peculiar application (of anti-discrimination laws) to compel creative professionals to violate their conscience and to speak a message against their conscience,” Anderson says.

Hundreds of people have stepped forward in support of Tennes. They have sent stacks of postcards and other correspondence to the city. But local residents haven’t voiced their support much. They probably fear this will happen to them as well. That’s chilling. They better speak up because this affects all of us and our freedoms.

Anderson noted: “If the government can shut down a family farmer just because of the religious views he expresses on Facebook — by denying him a license to do business and serve fresh produce to all people — then no American is free.” That’s exactly right and goes against our founding principles. “No group of Americans should be treated worse than others just because the government doesn’t believe the way they do,” Tennes says. “We’re not just doing this for people who share our beliefs. It’s not just our fight.” First they came for the Christians.