You know the world is screwed up when the Pope decides that it’s time to change the Lord’s Prayer. The Catholic leader takes issue with one particular phrase in the prayer, saying that he believes people have been using the wrong interpretation for many, many years.

His problem? The phrase “lead us not into temptation.” He claims that this insinuates that God leads people into sin and that simply isn’t so. 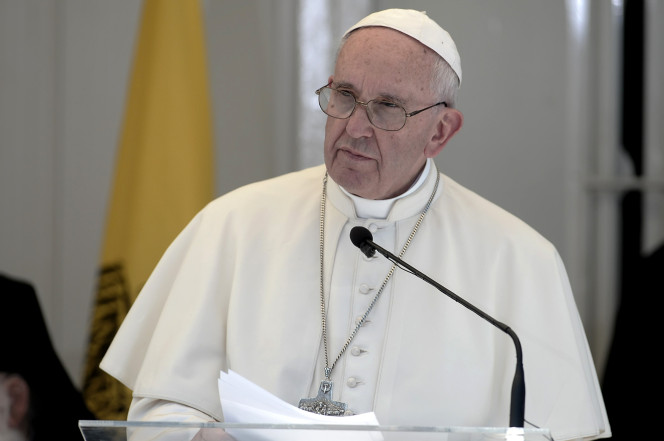 “It’s not a good translation,” he said, suggesting that “do not let us enter into temptation” would be a more accurate and better phrase. He also states that it is the choice of the Catholic Church in France.

He boldly pronounced that this change should take place around the world.

Christians, however, say that this phrase doesn’t contradict James 1:13-14, which reads “Let no one say when he is tempted, ‘I am being tempted by God’, for God cannot be tempted with evil, and he himself tempts no one. But each person is tempted when he is lured and enticed by his own desire.”

Many view it as a plea against the unfavorable treatment in the Last Testament, while others view it as an appeal against difficult trials like those presented to Job.

Mormons, on the other hand have interpreted the phrase to say “and suffer us not to be lead into temptation.”

This is just another example of the Pope giving his opinion on matters that really don’t… matter. This has literally never been an issue worth discussing before today and it’s rather annoying that it’s being brought up now. This affects nobody, this doesn’t affect their faith, this doesn’t really bother anyone. You’re creating a problem where there isn’t one.

I’m not a Catholic, or religious at all. That being said, even I can tell that this isn’t going to go over well in the religious community. You simply can’t tell people to change something that is millennia old and expect them to be okay with it. There is going to be an uproar and there are going to be a LOT of people who are going to refuse to do it simply because it goes against everything they’ve believed in for years; some people have been saying the Lord’s Prayer all their lives.

Is this just another example of the Pope giving his opinions where they don’t belong, or do you think this is a legitimate change that could be made? Sound off in the comments!