Seriously?[1] Chef Michael Lugo at a restaurant named Michael Tasting Room has received two notes in one week where customers are complaining that they are playing Christmas music. What is wrong with people? To give the chef/manager credit, he’s not changing the music. It is not just about being a Christian, it is a time of family and celebration. Deal with it.

These patrons wanted ‘holiday’ music instead. Are you daft? Christmas music IS holiday music. They are one in the same. This shows how politically correct our culture has become and how far we have sunk. During December, Americans play Christmas music. The last time I checked, the majority of the country was Christian and those who are not have never had a problem with the music until recently. Not until Progressives started demanding that everything go Marxist. 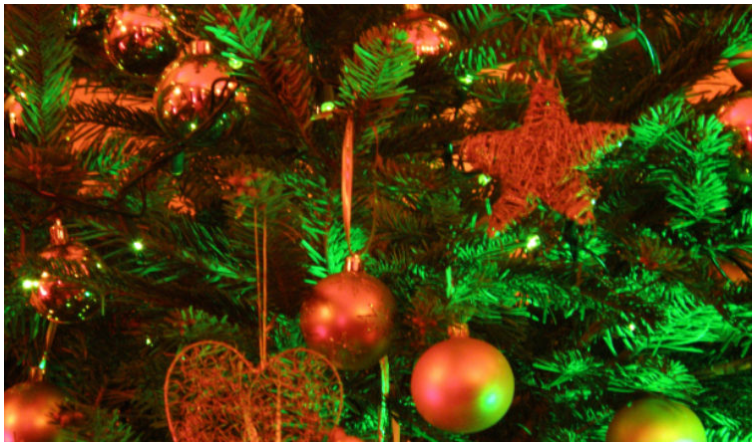 JACKSONVILLE, Fla.- Radio stations spend the entire month of December playing Christmas music. It’s hard to avoid this time of year. For most people, it puts them in the holiday spirit. But one St. Augustine restaurant manager and chef says a customer’s note was more Grinch than Santa last week.

The note on the back of the receipt at Michael Tasting Room from a customer read “Christmas music was offensive. Consider playing holiday music or less religious themed.”

“My server in concern had to show me that and it was really like what is going on in this world? So we posted it.” Chef Michel Lugo told First Coast News.

Lugo decided to make his response public, on Facebook. His statement “Really…what’s wrong with people.” 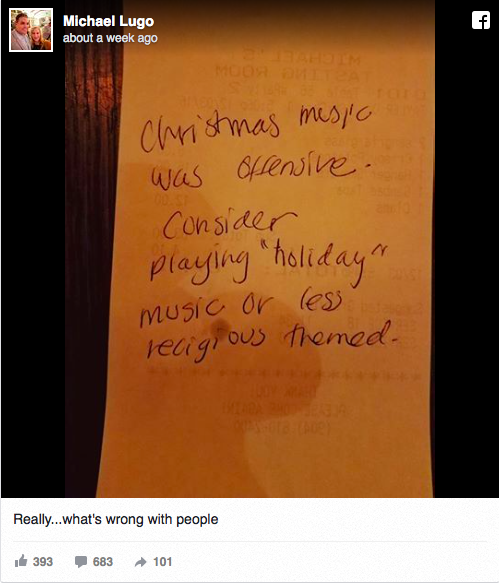 Chef Michael Lugo shared the note on Facebook for everyone to see. Frankly, I’m sick of these self-righteous liberals attacking everything good about America and trying to tear it down. They are bitter people with wretched little souls who think the world revolves around them. Christmas is a tradition of giving and forgiving. The music of the season brings us happiness and helps us forget our troubles and all the stress we are under. But there seems to be a growing number of Grinches out there who just have to ruin it for everyone.

Lugo had this to say in an interview: “It’s all about celebration of family, celebration of gathering with friends and people and it’s a tradition. It’s not about a religion it’s not about anything else. I am a Christian but I don’t push that as my agenda I think that Christmas is Christmas.” Lugo told the station. Most Christians are just like Lugo. We don’t push our religion on anyone, but leftists sure push theirs on us. In fact, they demand we all comply. If I lived in Florida near this restaurant, I’d go there all the time. I want to thank the chef for keeping Christmas alive in his restaurant and for remembering what the season is truly about.