So, let me get this straight…[1] the hypocrites of al Jazeera speaketh. What? You guys sore over the fact that maybe all of two brain dead Americans watch your crappy station? No one and I mean no one wants to watch your Islamic propaganda. You’re owned by the fabulous country of Qatar where Shariah Law is the law of the land. People are stoned, beheaded, buried alive… gays are executed, limbs are chopped off and rape is just a man’s due. Women have no rights and are barely more than slaves. But hey… you feel you have the moral high ground to insult Americans. They’re only infidels don’t you know. In fact, every problem you list below is one the Middle East suffers from as well. Except for guns – which the terrorists have plenty of and the regular citizens are stripped of. And by the way, that racism thing… yeah, you’ve got America beat hands down on racism and religious persecution. You’re number one, asshats! 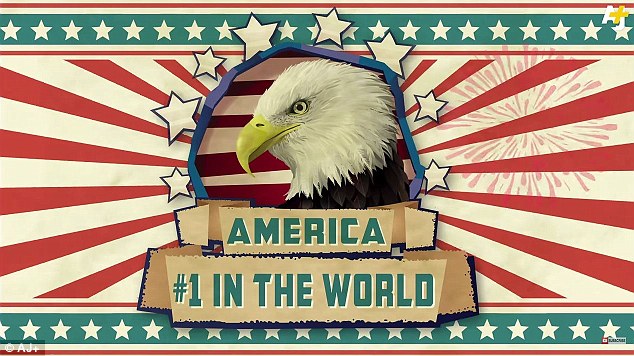 The video[3], titled Americans Show Why USA Is The #1 Country In The World, featured a string of people saying how US is ranked top in the world in uncomfortable and embarrassing categories.

AJ+, a digital channel run by Al Jazeera out of San Francisco, posted the video on July 3rd, a day ahead of America’s Independence Day celebrations.

‘Americans consume 80 percent of the world’s painkillers. Makes sense though, right? I mean racism in this country is a big pain in the a**,’ one female presenter says.

Other criticisms said that the US was number one in percentage of the population that is incarcerated, teen pregnancies per capita, credit card debt, making pornography and strangely, cheese production.

Presenters said that there were 90 guns per 100 people in the US and that the country had the most deaths by lawnmower.

The US was also mocked for its high percentage of obese adults and the video cited the CDC as a source, though the country most likely does not lead the world in that category.

UN statistics from 2013 found Mexico had a greater proportion of adults with obesity than the US.

Arab countries have also risen near the top of the ranks as oil wealth is increasingly spent on fast food, according to the Atlantic[4].

Some social media commenters took particular umbrage that the video had come from Al Jazeera, which was founded by the royal family of a country known for alarming human rights abuses.

YouTube user Adam Sternberg said ‘Interesting stone throwing from that glass house of yours Al Jazeera…a network owned by a country where women have no rights, you can go to prison for criticizing their leader, and stoning someone to death is legal and practiced regularly.’.

A report from a trade unions group in 2013 said that 1,200 immigrants from India and Nepal had already died constructing the stadiums for the Qatari World Cup in 2022.

The bidding process giving Qatar the tournament was also thought to be largely influenced by corruption.

US officials also said earlier this year donors from Qatar, a nation of roughly 2million people, gave the most money to terrorist groups such as Islamic State and Al Qaeda, according to the Daily Beast[5].

Al Jazeera has also faced criticism from former employees, including a lawsuit from a woman who previously worked as a senior vice president.

Shannon High-Bassilik was fired from the network in February now accuses the network of bias against women and non-Arab employees, according to Variety[6].

I simply adore the way al Jazeera went out and bought every moronic Marxist moonbat they could find to pedal their anti-American propaganda the day before Independence Day. Some people really are a cheap date. All of them look either stoned or IQ challenged as well. Self-hating Americans, low information voters who know nothing of their own history, much less reality. If America has anything to be ashamed of it is the Liberal Leftists scurrying around our country like light-blinded cockroaches. Meanwhile, in Qatar, the home and financier of al Jazeera, slavery is tres chic and the Islamic State and al Qaeda are a’boomin’ in popularity. But you just keep on making fun of the freest nation on the earth. A day of reckoning is coming and I sure wouldn’t want to be Qatar or be employed by al Jazeera. 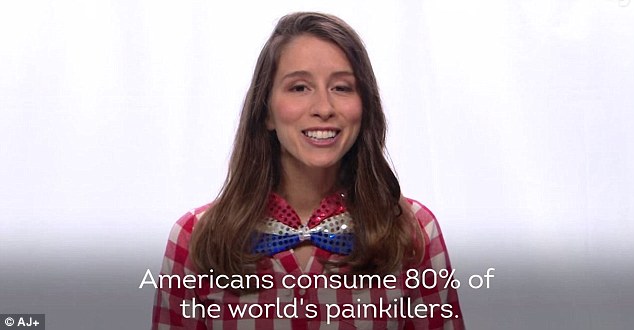 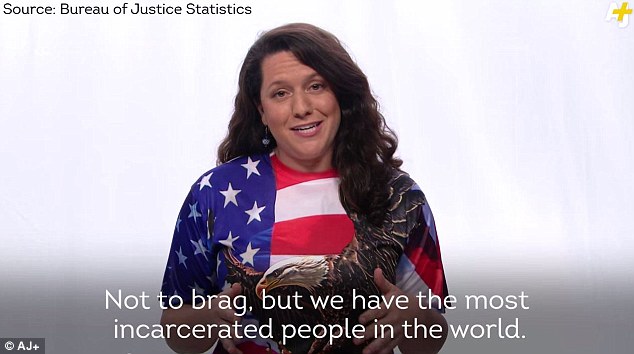