And so it begins…[1] Actually, this insanity has been going on for years, but the Supreme Court ruling this week gave it legitimacy and poured gasoline on the constitutional fire. Political correctness has literally gone off the edge of sanity here in the US and we are now living in an Alice in Wonderland reality. When a medical doctor is forced to violate the Hippocratic oath in the name of a biased definition of equality and in an effort to enforce sexual preference on all Americans… when freedom of speech and religious beliefs are subverted to the diktats of a very small minority of the public… the tyrannical rule of fascists swings into full force. When one dares not tell a patient what is in his best health interests out of fear of censorship, we have entered the book burning phase of cultural Marxism. 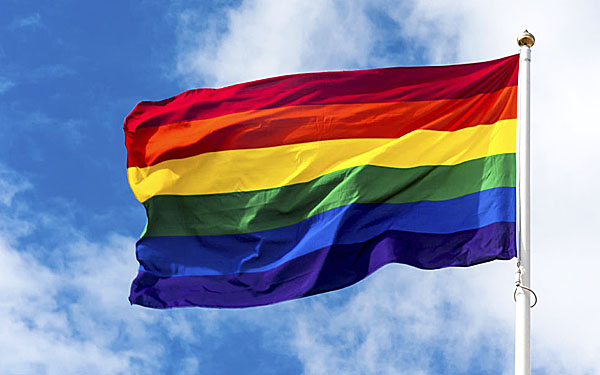 Citing government statistics and offering warnings about the dangers of “gay” sex has one prominent doctor facing the possible loss of his job and what effectively could be a banishment from his work, and he’s not taking it without a fight.

Dr. Paul Church, a veteran urologist who has been on the staff of Beth Israel Deaconess Medical Center for nearly 30 years, is appealing a board decision against him, and is planning for a hearing in July on his fight over his right to warn people that the facts prove “gay” sex is a dangerous lifestyle.

Church, who also is a member of the Harvard Medical School Facility and has conducted life-saving research on diagnosing bladder and prostate cancer, told WND, “It is incredible to think they would be able to silence me and revoke my ability to be on the staff as a result of my raising valid health concerns over a risky lifestyle.”

He continued, “This is almost a fascist effort at mind control.”

The facts, he said, are on his side.

“Although it has declined over the past few decades, two-thirds of all new HIV/AIDS infections in the U.S. are the result of men having sex with men. Fifty percent of ‘gay’ men will be infected with HIV by age 50. Those numbers are out there and they are staggering,” he said.

But the facts that Church has used, from the Centers for Disease Control, appear to matter little in the case, he suggested.

He told WND he’s facing dismissal from BIDMC for speaking out on a subject where he unquestionably has expertise.

Church expressed concerns to hospital officials and on the hospital’s Intranet, noting that by supporting homosexual activities and strongly encouraging staff participation the administration was acting against its mission statement.

After all, medical evidence shows homosexual activities are destructive, he said.

Amd BIDMC’s mission statement says it exists to “serve our patients compassionately and effectively, and to create a healthy future for them and their families.” The hospital also lays claims to its religious roots, saying, “Service to community is at the core of the religious tradition of both of our founding hospitals, and an important part of our mission.”

He explained to WND that the hospital, by encouraging staff to participate in “gay” pride events, was violating both standards.

This doctor will be sacrificed on the bloody alter of political correctness in the perverse name of sexual preference. No longer can an MD warn his patients of deadly STDs such as HIV/AIDS, anal cancer, parasitic infections and hepatitis, brought on by a risky sexual lifestyle. No, it is better that they live wantonly in guilt-free sexual abandon and die a horrific death – the elitists have made that choice for all of us. So speaketh the Progressives. And if constitutionalists, Christians or others of faith have the nerve to object or speak up concerning persecution or harassment – well then, they must be silenced and/or reeducated. Just as those that claimed the earth was round were labeled as heretics and imprisoned or killed, so it goes for modern-day constitutionalists, Christians or others of faith here in the US. We are marginalized and threatened. I believe a new Civil Rights movement has just been born out of this week’s Supreme Court rulings. The end of our Constitutional government[3] is upon us with lawless rulings from the bench and the dissolution of the three branches of government into one monstrously corrupt executive behemoth. This is not the end… it is the beginning of civil resistance and this doctor is ground zero along with the military, ministers and small businesses.