Actually, I have several friends on the Southern Poverty Law Center list[1] and I see it as a badge of honor. If a bunch of Marxist Progressive Lefties hate you, then you are definitely doing something right. Ben Carson is about as extreme as a fluffy kitten. He seems like a genuinely good man to me, who believes in Constitutional issues. I also believe that marriage is between a man and a woman. Carson’s point was that those such as the SPLC hate traditional marriage and feel anything should go – anything. Coming off their list won’t change Ben Carson’s viewpoint or stance on this. Good for him. 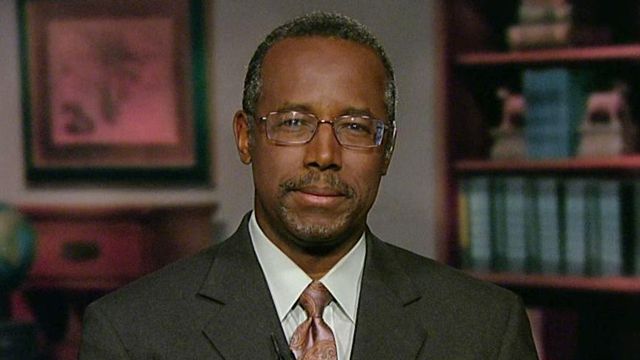 Dr. Ben Carson isn’t such an “extremist” after all.

The Southern Poverty Law Center – the leftist front group that branded the conservative Carson an “extremist” for his traditional views on marriage – is backing down.

“In October 2014, we posted an ‘Extremist File’ of Dr. Ben Carson,” the group wrote on its website Wednesday[2].

“This week, as we’ve come under intense criticism for doing so, we’ve reviewed our profile and have concluded that it did not meet our standards, so we have taken it down and apologize to Dr. Carson for having posted it.”

The retired neurosurgeon, who is considering a run for the Rebublican nomination for president in 2016, appeared on Fox News “The O’Reilly Factor” Wednesday to talk about the listing.

After thanking his supporters, who blasted SPLC for the listing, Carson reiterated his stance — and it hasn’t changed no matter what label lefties like the SPLC want to put on it.

The institution of marriage was the issue, he said – not sexual behavior.

“And two consenting adults can have any relationship they want …,” he said. “But I do believe that a family, where there’s a mother and a father and a loving environment is the best place to raise children.”

That would put Carson firmly in the mainstream of American opinion – and most likely in the majority. But far from the “extremist” label SPLC has tried to put on him since October.

The SPLC considers anyone who is not radical, to be well, radical. Massive pressure from O’Reilly and his viewers, as well the supporters of Dr. Ben Carson and the bad publicity it was bringing this cockroach-infested, scuzzy, Leftist group, surely had something to do with them backing off. I would also wager race had something to do with it. Because you know, these dirt bags who scream racism are usually the biggest racists of all. The SPLC loves their little hit list. They just love to hate conservatives.