This is a case of situational blackness.[1] Black social justice activists have forever accused white people of cultural appropriation and trying to ‘be black.’ Claiming that they could not possibly understand what it was to be an oppressed minority. Now when it suits them, they’re all for some delusional white chick ‘being black.’ Michelle Malkin gets it stunningly right when she calls them trans-racial hoaxers and pretendians. It has very little to do with race and everything to do with a political agenda. 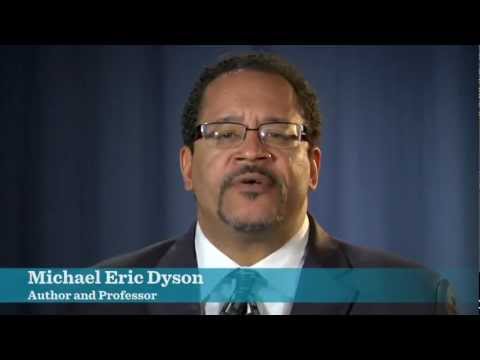 On Monday, host Ed Schultz asked MSNBC contributor Michael Eric Dyson to share his opinion surrounding the story of Rachel Dolezal, a Caucasian woman who was posing as an African American NAACP leader.

“Yeah, it’s striking to me that her parents want her to pledge fidelity and loyalty to her true roots.

You know, but what Rachel has suggested, is that she has embraced an African-American culture, a black identity, that seems counter to what her parents desire…

It means that she may not be African-American, but she certainly could be black in a cultural sense. She’s taking on the ideas, the identities, the struggles. She’s identified with them. I bet a lot more black people would support Rachel Dolezal than would support say Clarence Thomas.”

Here’s how social media users reacted… and not everyone was impressed.

Add Michael Eric Dyson to the list of Blackacademics supporting the idea that Blackness can be adopted vis-a-vis a spray tan. #RachelDolezal[2]

Others were embarrassed by Dyson’s comments.

Michael Dyson is a racist hack, who on any given day, has an audience of about two. He uses race as his weapon of choice to justify his Marxist goals, bludgeoning whomever he perceives as the du jour threat of the day. Thus, in his mind, viewing Giuliani as a white supremacist is somehow rational and sane. Which is blatantly ridiculous and he knows it. He also takes every opportunity to bash Clarence Thomas, who is a steadfast conservative. It’s not his race that Dyson objects to, it’s his political stance. Dyson and the Progressive’s position on Dolezal is an insult to blacks and I don’t blame them for being embarrassed. The whole thing is one big lie of convenience. The idiot is white, not black and Dyson is a Marxist piece of crap, not a journalist. But what did you expect from MSNBC?