Boy, this isn’t how I remember MTV[1]. This is just sick. Racism wasn’t something most of us even thought of until Obama came on the scene. Now, the Marxists are creating chaos in the streets and trying to push a race war. Looks like MTV is a willing propaganda channel for the government now. If this video and show were hosted by white people, it would be shut down faster than you could blink. The Progressives want us divided along racial lines and they will use every tool they have to do it. MTV is just their way of getting to young minds. 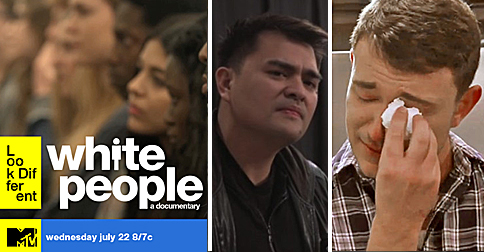 Does it get any sicker than this? Here is the product of nearly 60 years of Progressive indoctrination in our schools, media and culture.

MTV will air a show later this month entitled White People which shows young white Americans crying on camera over their “white privilege” and publicly shaming them for “what they’ve done in America”.

No, this is not a joke. The documentary is hosted by Pulitzer Prize-winning journalist Jose Antonio Vargas[4], an illegal immigrant and amnesty activist who has worked for the Washington Post and the Huffington Post.

The trailer for the show, which has been widely criticized[5] by YouTube respondents, features white people expressing angst about how they are desperate not to appear “racist” or “offend people.”

According to Kimberly Ricci[6], the documentary forces the participants “to internalize what they’ve done in America” – in other words, this a huge exercise in white guilt tripping for public consumption.

An MTV write up[7] of the show also explains how Vargas talks to young Native Americans who feel that European settlers did not ‘save the country’.

In the interests of balance, when will Vargas be fronting a show called Black People that collectively blames all black people for black crime statistics[8], including the fact that black people in America commit over half of homicides despite making up only 13 per cent of the population?

How about the fact that despite being outnumbered by whites five to one, blacks commit eight times more crimes against whites than vice-versa?

How about the fact that interracial rapes are almost exclusively[9] black on white?

How about the Barbary slave trade[10], under which over 1 million white Christian Europeans were enslaved in North Africa until the middle of the 18th century?

Are black people going to be shown crying on camera having been shamed into taking responsibility for all of this? No, because that would be racist. But according to MTV and Vargas, subjecting someone to trial by media purely because of their skin color is perfectly acceptable – so long as they are white.

This documentary represents the culmination of years of race-baiting and racial division which is being driven by the mass media and the Obama White House, tensions which have rapidly accelerated since the Ferguson and Baltimore riots.

Responses to the video trailer on YouTube were savage, with the clip receiving twice as many ‘thumbs down’ in comparison to ‘thumbs up’.

“I’m black, even I know this show is straight up racist. Only because it’s stereotyping white people, all white INDIVIDUALS are not like that,” wrote one respondent.

“You want an uncomfortable conversation on race? Let’s talk about violent crime stats shall we? No? I get it, you only want white people to feel uncomfortable,” added another.

However, many in the liberal media are celebrating the show, with Kristen Yoonsoo remarking[11] how pleased she is about the fact that, “lots of white people tears lie ahead.”

They are cherry picking whites who willingly express faux grief over their race and things done in the past they had nothing to do with. MTV goes out and finds Native Americans who say what they are programmed to say. They use professional victims and those with a political agenda that want to tear us apart. They even have the nerve to use an illegal, Marxist alien to host the show. This video is hugely unpopular on YouTube which should give MTV a clue that this is offensive and just stupid. But no… they now have a political agenda and have a point to make. Whatever happened to music videos and entertainment? Or has the government just co-opted all major media outlets now? The fact that Vargas is a Pulitzer Prize-winning journalist is a very bad joke as well. Cry me a river and get over your racist selves. We don’t have to be ashamed because we are white, straight, conservative or Christian. MTV can stuff it. 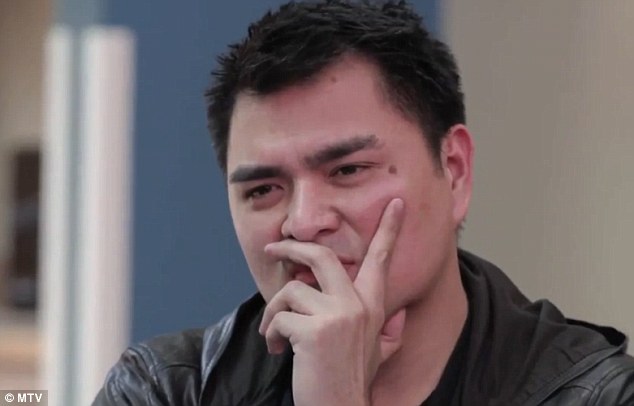 Vargas, who was arrested by immigration authorities in 2014, tells one of the show’s audiences at one point: ‘Let’s get uncomfortable together’.