No Peace: Ferguson Police Car Has Window Shot Out During Anniversary Protests [Video]

Any excuse to get your violence on will do.[1] The Black Lives Matter crowd took advantage of the anniversary of the Ferguson protests to shoot out a police car window, march in the streets and roast a pig in effigy of Officer Darren Wilson (who, by the way, is now unemployable because he did the right and lawful thing). Protests are planned across the nation and they are sure to be destructive and violent. What else would you expect of those that use race as an excuse to protect criminals and excoriate police officers? Justice has nothing to do with these people – they hate cops, America, whites and our laws. Race is being used as an excuse to do whatever they want and get away with it. Sorry, that’s just bull crap. 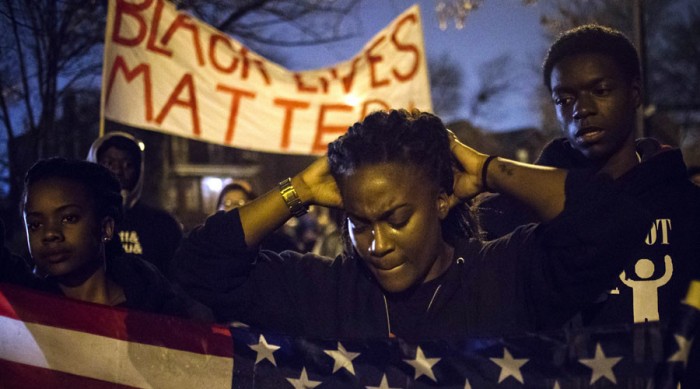 At least one person was injured in a shooting outside a Family Dollar store in Ferguson last night. 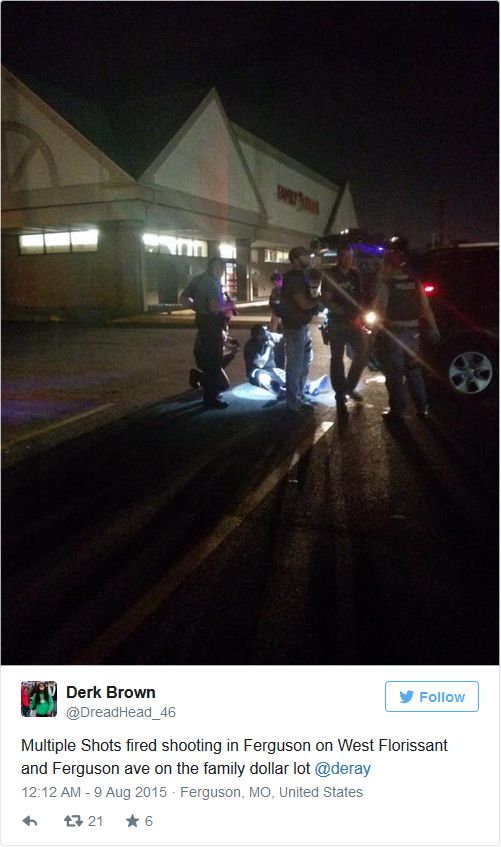 Protesters gathered Saturday night in a week of planned protests on the anniversary of the shooting death of robber Michael Brown.

One police vehicle had its window shot out while driving southbound on West Florissant.

A shooting and a police car window was smashed during two separate incidents in Ferguson.

A man is recovering in the hospital after he was shot in the arm around midnight on Saturday. The shooting occurred near West Florissant and Ferguson Ave.

Police are still working to figure out details but the suspect is in custody and the victim is in stable condition.

The rear window of an unmarked Florissant Police Department vehicle was shattered while driving southbound on W. Florissant before Ferguson Ave.

The St. Louis Post-Dispatch[5] says the window was shot out:

An evening of peaceful protests in Ferguson abruptly shifted to violence just before midnight when a man was shot near the Family Dollar store on West Florissant Avenue.

The rear window of an unmarked police vehicle also was shattered, apparently by a bullet.

The Saturday night gunfire sent chaos through a large group that had gathered to commemorate Michael Brown, who was killed a year ago this weekend.

The overwhelming majority of the time when an officer has to pull his weapon and shoot someone, that person has committed a blatant crime and/or is attacking the officer. That is what happened to Darren Wilson and in most of the other instances of faux outrage being pushed by those of the Black Lives Matter movement. It’s orchestrated rage and violence fueling a Marxist political agenda. These people are useful idiots and tools of the State, Islamists and communists. That pig became the mascot of a peaceful march during the day, until the protesters ate it all, excluding its head. At nightfall, the protesters took the head to the police department building, where hundreds of people had converged. I consider that a not-so-subtle threat and those people should have been arrested for it. I understand about 400 marched through St. Louis’ streets. The march was led by Brown’s father and participants shouted slogans such as “Hands up, don’t shoot” and “We do this for who? We do this for Mike Brown.” Protesters grew more confrontational later, when around 200 people gathered outside the police headquarters chanting: “Hey hey, ho ho, these killer cops have got to go!” Several protesters jumped over a barricade around the building and faced off with police officers, although the crowd eventually dispersed without violence. But there was violence elsewhere and this is nothing more than organized thuggishness over those who broke the law and paid the price. 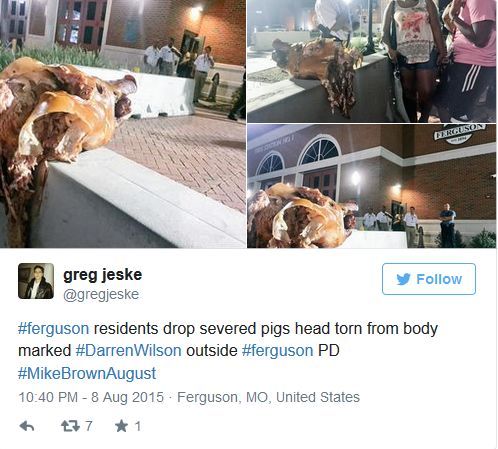 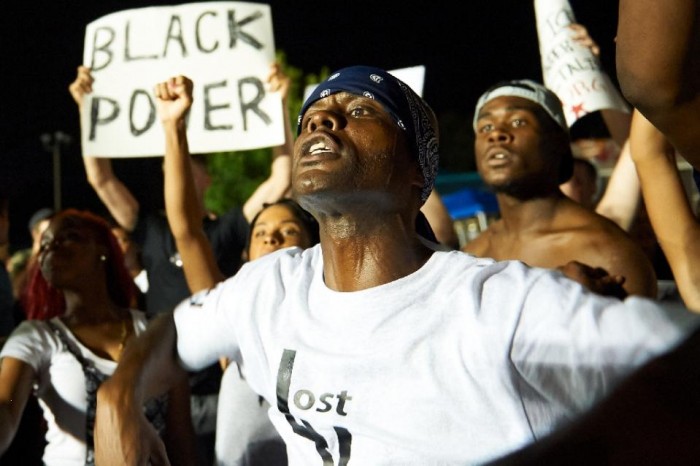