SHOCK: Liberals Asking For Segregation Between Black And White People – Yes, They Really Are

Black folks have lost their damn minds! College students at the University of Michigan are DEMANDING a building or space designated for BLACKS ONLY for social justice work.

We didn’t come this far from segregation just to go BACK to segregation! That’s the most stupid and racist thing I’ve heard all week.

Unfortunately, it’s true. These folks really want to be segregated[1] and I seriously cannot believe how dumb college students have become over the years. We were so stupid to segregate years ago and we finally got over that hump. Now these clueless morons want to bring it back? 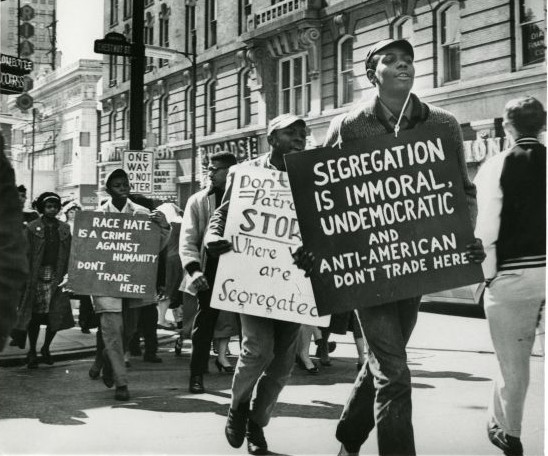 What happened to this? These folks fought for the rights you have today and you want to throw it back in their face? They gave everything they had so you could have everything you want. Disrespectful college students have NO clue.

A student activist group at the University of Michigan is demanding campus officials provide them with “a permanent designated space on central campus for Black students and students of color to organize and do social justice work.

The demand is one of several lodged by “Students4Justice,” who this month ratcheted up campusdemonstrations to pressure administrators to cave…”

What’s most interesting about the situation at the U of M is that the University has just appropriated funds for — and is in the midst of constructing — a brand new ten million dollar center for black students. Construction began on the 20,000 square foot building in 2015 as a direct result of student protests, according to the Detroit Free Press

But apparently a BRAND NEW BUILDING of their own isn’t enough so the students have produced a new list of “demands” and are holding their breaths until they get them. “This list of demands also calls for more support for “marginalized” students “when oppressive attacks occur,” increasing the affirmative action of “Black, Arab, and other PoCs” in tenured faculty, more readily alerting students on campus of “bias incidents,” and offering “more financial aid for those of lower socioeconomic status.”

Requests for segregated spaces on campus are popping up everywhere. “Demand lists” put forth by students on campuses across the nation allege that campuses are oppressive, discriminatory, and filled with institutionalized racism. These “demand lists” are chronicled by TheDemands.org, a website run by a racial advocacy group called the Black Liberation Collective.

Just think… we were so stupid to build TWO water fountains next to each other, so we didn’t have to share and we were finally smart enough to get over that nonsense. Now we’re facing it again?

This is ridiculous and these college students could be the most clueless bunch of fools I’ve ever written a story about.

No, you do not get your own “BLACKS ONLY” buildings. That’s racist. 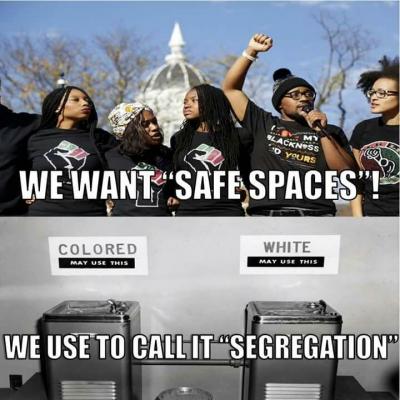 There’s no reason to have a black and white version of anything unless you’re racist.

Any college who has a black student union, has a racist student union. Black college students should join the regular “student union” and work together.

Segregation ended years ago. Stop bringing it back, you racists!

What’s next, you want a few slaves to go with it?

LEARN HOW TO WORK TOGETHER! 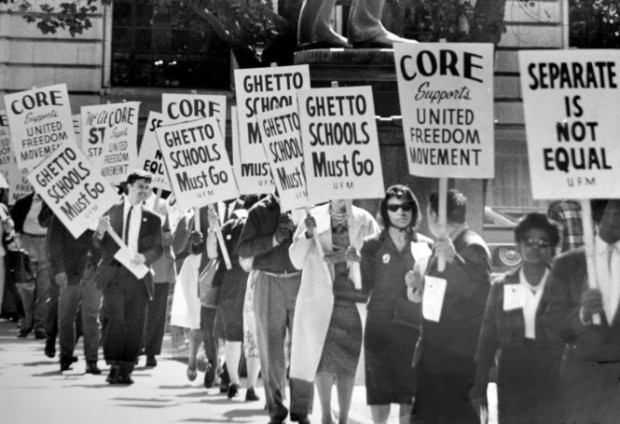 Separate is not equal. Remember that?