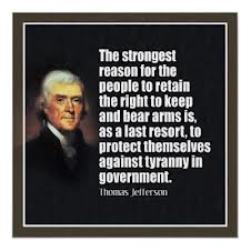 It is often said that the Second Amendment is the First Amendment. Without it there can be no others. The Obama Administration just announced plans to use as many as 23 new executive orders to weaken our Second Amendment. These new orders will chip away at our Constitutional right to possess and bear arms. From limiting the amount of ammunition we can buy to an outright reinstatement of the assault weapons ban; the government is coming hard after our firearms.

The Democratic Party are very adept at using horrifying events to force their will on the American people. Never one to let a good crisis go to waste they are masters at capitalizing politically on major events they see fit to further their agenda. So whenever there is a tragic and catastrophic occurrence that brings our nation to its knees they are ready to take advantage.

First it starts with their cohorts in the media sensationalizing the story. Next it is usually followed by the anti gun lobby pressuring Congress to act. Finally after the major pushback from the NRA and pro gun lobby it usually just ends with a whimper, some sharp rhetoric, and empty speeches.

Not this time. Something is different. Barack Obama feels politically indestructible after winning reelection under the weight of the worst economy since the Great Depression. He feels emboldened by his victory and unstoppable in the face of his adversaries. The fact is he should feel that way. The Republicans in Congress have already capitulated on the fiscal cliff so why would they stop him on anything else?

The answer is they won’t but the American people can and here is how we can do it.

The Seventh Amendment to the United States Constitution, which was ratified as part of the Bill of Rights, codifies the right to a jury trial in certain civil cases, and asserts that cases may not be re-examined by another court.

The key here is civil cases. The Seventh Amendment actually could be used effectively to thwart any attempts by Barack Obama to restrict our Second Amendment rights through the use of executive orders. Anyone who has ever needed to retain legal counsel knows just how expensive it can be to litigate as well as defend from litigation. Why not put that same expense and burden on the Obama Administration instead?

According to recent figures from the Department of Health and Human Services there are approximately 80 million gun owners in America. Gun owners in this country are a very diverse group. Contrary to what the liberals want you to believe they are not all hillbilly, bible thumping, Southerners. They are as varied as the avid hunter to the single mother and everyone in-between.

According to The American Bar Association there are approximately 1.2 million attorneys practicing law here in America. Imagine if we could get at least five million of the 80 million gun owners to file separate and individual civil rights lawsuits simultaneously against our government? Think about what kind of impact that would have on our Justice Department? The Obama Administration and Attorney General Eric Holder would be so overwhelmed with trying to answer all those lawsuits they would probably just give up and here are the reasons why.

Additionally, they must also request that the respondent, in this case the government, pays their attorney fees. By adding these two caveats into the language of the lawsuits it would make the government think twice in regards to fighting them.

Furthermore, the cost associated with defending the executive orders would be so astronomical that it would literally bankrupt our already bankrupt nation; and stall Barack Obama’s draconian remake of America in the process. Our government is already 16 trillion dollars in debt so there is no extra money to fight back with. With the economy already on the constant brink of collapse the political risk would be too damaging to survive. It is for these reasons that the government would rescind any and all executive orders in regards to gun control.

For those of you who are reading this let me save you the suspense. I am not an attorney nor do I play one on television. What I am is an expert in politics and strategy.

The Republicans in Congress have already shown us that they are not up to the challenge. Their actions on the fiscal cliff deal were nothing short of inept. If we are to count on them to protect us we will never survive as a nation.

Barack Obama and the Democratic Party know they can run roughshod over the Republicans in Congress. They also know that they can execute their leftist agenda on America with little to no resistance. It will be up to us Americans to stop them. We need to outsmart, outfox, and out think the left in order to halt their oppressive agenda for America. We must think outside the box and be more creative in how we attack them.

We can throw around words like treason and impeachment all we want but lets be honest we don’t have the votes right now to see that through. If we win back the Senate and keep the House that’s a different story. But for now we must remain steadfast and vigilant.

Our Founding Fathers were true visionaries. They were the best and brightest men of their time. They created the Constitution in order to protect us from enemies both foreign and domestic. It is time we use what they gave us to defend ourselves and our nation from our government.

My goal is for this article to get passed around more times than a peace pipe at an Occupy Wall Street Rally. So please email, repost, and retweet this to as many people as you know, especially gun owners and attorneys. Time is of the essence here and we must fight now to preserve our rights later. A good idea can only become a great idea when it is acted upon.
..

Suggested by the author:
www.joshbernsteinpoliticalwriter.com[2]
An armed society is a polite society
Reading, writing, and marksmanship
What the word forward means in Obama’s America
House Republicans cave on spending cuts and embrace higher taxes