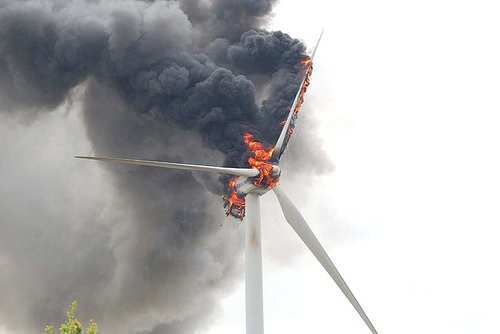 Happy New Year’s! Welcome to 2017, and the 7th year of my prediction challenge, which virtually no Warmists will take. And one year closer to End Of Life As We Know it. 2050 and 2100 are fast approaching, the primary dates that the climate alarmists always want to use to denote when Earth is going to burn, baby, burn in fire, dan dan daaaan, fire, dan dan daaaaan[2].

2016 saw historically low numbers for wildfires and tornadoes, just like 2013, 2014, and 2015. There was just one landfalling U.S. hurricane, Matthew. There have still been no major hurricanes making landfall since 2005, the longest stretch since the Civil War era. There were 16 named Atlantic storms, with seven hurricanes (the average since 1980 is 12.1 storms and 6.4 hurricanes, with 2.7 major hurricanes). Thousands of cold temperature high temp records were set. Summer wasn’t as hot as usual.  In other words, the weather just didn’t cooperate with Warmist predictions. Hence, they have made a big effort, building on 2013, to change their predictions and fold all weather, including cold and snow, as being caused by “climate change”.

No child born over the last 18 years has seen statistically significant warming, and no child born this century has seen any warming.

And Warmists still can’t prove anthropogenic causation of all warming.

New Year’s is usually a time when we make resolutions which we abandon when we realize that chocolate, bacon, and beer are great (and bacon cooked in beer and covered with chocolate!) In the blogosphere, we often make predictions for the New Year. Instead, how about a challenge?

For a long time, the alarmists have been making predictions as to what the climate will do. They say in 10 years, 50, 100. Instead, why not, say, make predictions for……2017! What I want for them to do, from the biggest of big climahypocrites, such as Al Gore, James Hansen, Barack Obama, and Leonardo DiCaprio, to the smallest climate dupes, is tell us exactly what the climate will do this year. For some of these questions, I’m using the USA, but, alarmists from around the world can use their own country/region, if they like:

There are many, many, many more questions that can be asked, but, I know what the alarmists are thinking: “Teach, that is weather, not climate! I refuse to participate!” Ah, but, what, exactly, is climate? Let’s pull a couple good definitions[3]

Notice, “long term predictable.” Weather and other natural forces create climate. And right now the alarmists are saying “but, Teach, one year is not considered to be a “long period of time!”” Well, you have plenty of data available for the long term, and, with all your vast knowledge of what the climate is doing, due to man’s release of greenhouse gases, surely you alarmists can make predictions for 2017 based on that long term data, and be mostly correct, right? Surely, you aren’t afraid to make predictions for this year, and tell us what the climate during 2017 will do, right? But, you have to make your predictions, and can’t go back and change them up as the year goes on, the way many organizations, like NOAA, the Met Office, and the IPCC do. And at the end of the year, we will see how well you have done.

And since you are now claiming that every weather event is a result of Hotcoldwetdry, er, climate change/climate disruption, you should be able to give us a few predictions. You’re somehow able to make those predictions for the long term, why not the short term?

Of course, if you use any of the models from Warmist groups, you’ll be bound to fail[4]

There’s your real “97% consensus”, though we can substitute the squishy feelings based word “consensus” with that sciencey word “data”.

Any alarmist up for the challenge? And no cheating be reading the Farmer’s Almanac, which tends to be right way more than the Met, NASA, UN IPCC, and other alarmist groups are. Forget about your PR blitzes, “spreading awareness” campaigns, your advocacy, your stunts, and tell us what will happen. If you’re correct, for a change, maybe people will start to believe you again.

Oh, and a second challenge: live your life in 2017 in the manner you tell everyone else to live. Go “carbon neutral”. Give up your fossil fueled vehicles. No washing machines. No dryers. No refrigerator ice makers. No A/C. No gas heating and cooking. No pets. No kids. No hairspray. No new clothes. Turn all power off at home when not at home. Flip those circuit breakers. 2 minute showers. Move into a tiny home.