Where totalitarianism meets absolute lunacy, there you will find envirofascists:

The path [to utter moonbattery] was cleared by a federal district court judge in Oregon who wrote an opinion preliminarily finding that a stable climate is a fundamental constitutional right.

This is delusional literally to the point of psychosis. The climate of the earth has never been stable and never will be. Yet somewhere in the Constitution, presumably next to the right to abort inconvenient babies, is the right to something that does not and cannot exist.

In the name of this newly discovered right, Big Government aspires to total control of all human activity, since everything we do results in harmless carbon emissions theorized to affect the climate.

In the groundbreaking decision, announced on Thursday, U.S. District Court Judge Ann Aiken ruled in favor of a group of 21 children and young adults in their suit against the federal government.

In denying the government’s motion to dismiss, Aiken, based in Eugene, Oregon, opened a path for an eventual court-mandated, science-based plan to bring about sharp emissions reductions in the United States. The case, Juliana v. United States, will now go to trial starting sometime in 2017 and could prove to be a major civil rights suit, eventually finding its way to the U.S. Supreme Court.

It is now a “civil right” to inflict crippling taxes and punitive regulations. The transmogrification of rights into a form of tyranny has never been more hideous to behold.

The young plaintiffs, who range in age from 9 to 20, allege that climate change violates their constitutional rights to life, liberty, and property by causing direct harm and destroying so-called public trust assets such as coastlines. The case argues that climate change is worsened by the aggregated actions of the federal government in permitting fossil fuel development, subsidizing the fossil fuel industry, and many other such actions. Further, the children and their lawyers say these government actions are willfully prioritizing short-term profit, convenience, and the concerns of current generations over those of future generations. The plaintiffs state that the government and these companies have continued to prioritize these short-term gains for more than five decades with full knowledge of the extreme dangers they posed.

These dangers exist only in leftist theory. Essentially, the young fools have been coached into suing the government for permitting the private sector to provide their high standard of living.

If they really were concerned about future generations getting screwed, they would sue the government for running up a $19+ trillion debt. 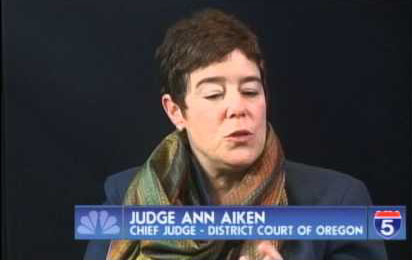 On tips from Steve A and Dragon’s Lair. Cross-posted at Moonbattery.