Unlike climate scientists, meteorologists deal with actual weather, not esoteric, politically driven theory. When they make predictions about the future, it takes a matter of days instead of decades to discover whether the predictions come true. That’s why, despite the relentless propaganda and establishment peer pressure, only 46% of broadcast meteorologists believe in anthropogenic climate change. Yet you will rarely hear them speak out against the hoax. Mish Michaels demonstrates why:

Michaels, a former meteorologist at WBZ-TV, lost her job as a science reporter at WGBH’s show “Greater Boston” last week after colleagues raised concerns about her views on vaccines and climate change. She had previously questioned the safety of vaccines and the evidence that human activity was causing global warming, both widely held views in the scientific community.

Michaels says she never said she doesn’t believe in vaccines. But questioning leftist dogma on climate change is probably what got her in trouble.

There are plenty of other skeptics. They are just better at keeping their heads down. Uh oh, another is speaking up:

Tim Kelley, who has issued weather forecasts on New England Cable News since 1992 … describes himself as a “student of climate change,” but says his experience with the variability of computer models has made him skeptical that anyone can predict how greenhouse gases will change the environment in the coming decades. …

Kelley acknowledges the climate is changing, but like many skeptics he questions whether rising levels of carbon dioxide in the atmosphere are the reason. He believes most of the changes are natural, not man-made.

“I’m much less alarmed by global warming than most people,” he said. “I’d rather it be warmer.”

Who wouldn’t, living in New England? But he had better watch it with the heresy. Hasn’t he heard that the temperature rising by only a couple of degrees over the course of a century could end civilization and result in human extinction?

Kelley said he was deeply concerned by what he sees as Michaels’s firing.

“It’s alarming that you can be scapegoated or branded as a denier,” he said.

Kelley is right to be alarmed. He should give thought to a second career. 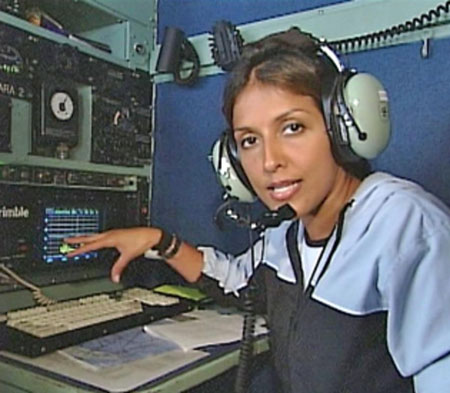