Al Gore Attacks Trump While Claiming A CLIMATE CRISIS: ‘By Far the Most Serious Challenge We Face’

Al Gore is throwing an absolute hissy fit[1] over President Trump pulling us out of the Paris Climate Accord. He accused Trump of tearing down America’s standing in the world. If that is standing, then tear it the freak down. We don’t face a serious climate crisis. It’s called weather. This whole nonsense by Gore is an elaborate Ponzi scheme meant to make him money. And he’s nuts too. Last week he compared global warming with “the abolition of slavery, woman’s suffrage and women’s rights, the civil rights movement and the anti-apartheid movement in South Africa,” as one of humanity’s great moral causes. Oh brother. Black activists rightly blasted him for that one.

The Project 21 leadership network ripped Gore for the comparison, saying that he “gives climate change activists unearned moral credibility” by associating these important moral movements of history with a crusade “grounded in questionable data.” Gee, that’s almost racist, Al. Oh, and Project 21 Co-Chairman Horace Cooper was far, far from done. “Study after study demonstrate that the radical climate policies advocated by Al Gore, Jr. will hurt blacks and the poor most,” Cooper said. “Just as segregation and interracial marriage bans were purported to be for the good of all while clearly done to generate political support, today’s climate alarmism is pushed solely to get the support of a small group of so-called eco-warriors at the expense of blacks.” Exactly. 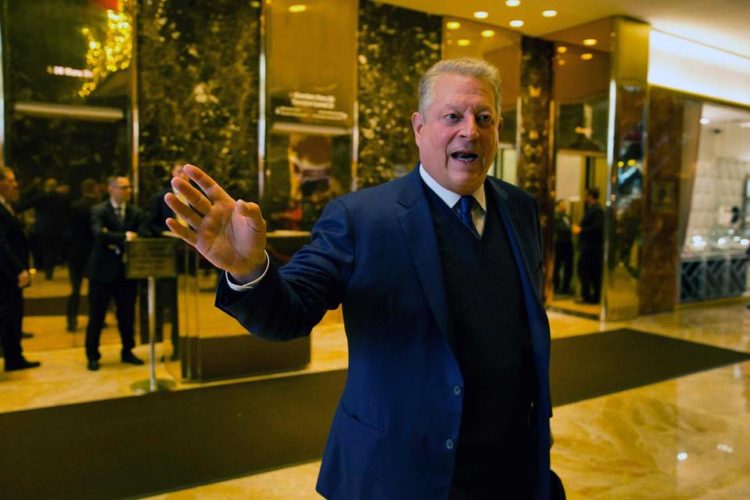 Former Vice President Al Gore attacked President Donald Trump, accusing him of “tearing down America’s standing in the world” by withdrawing from the Paris climate accord.

“The climate crisis is by far the most serious challenge we face,” Gore said Monday morning on NBC’s Today Show.

“We’ve never had a president who’s deliberately made decisions the effect of which is to tear down America’s standing in the world, starting with his withdrawal from the Paris Agreement,” Gore said.

Gore got himself into hot water with black activists last week when he compared the fight against global warming to the emancipation of black slaves.

The fight against global warming is one of humanity’s great moral causes, Gore told participants in the EcoCity World Summit in Melbourne Thursday, alongside “the abolition of slavery, woman’s suffrage and women’s rights, the civil rights movement and the anti-apartheid movement in South Africa.”

This whole elevating climate change to rank above international terrorism, job security, healthcare reform, immigration or abortion rings hollow for most Americans according to a new Bloomberg poll[4]. Only ten percent ranked climate change as the most important issue. And I doubt that percentage is that high. President Trump sees Islamic terrorism as our most pressing issue. I did hear he was waffling on the Paris Climate Accord, but I really doubt he’ll reverse his stance.

President Trump gave a speech in the Rose Garden after he pulled the United States out of the Paris Climate Accord. The Climate Accord, Trump stated, “is simply the latest example of Washington entering into an agreement that disadvantages the United States to the exclusive benefit of other countries.” And that is true. Part of that agreement is wealth redistribution that strips wealth from our country and gives it to others. Americans don’t want that and neither does President Trump. The agreement would have left American workers and taxpayers to “absorb the cost in terms of lost jobs, lower wages, shuttered factories and vastly diminished economic production,” Trump bluntly stated. And thus he yanked us out of it. Gore can cry all he wants, but that was the sane and right thing to do. 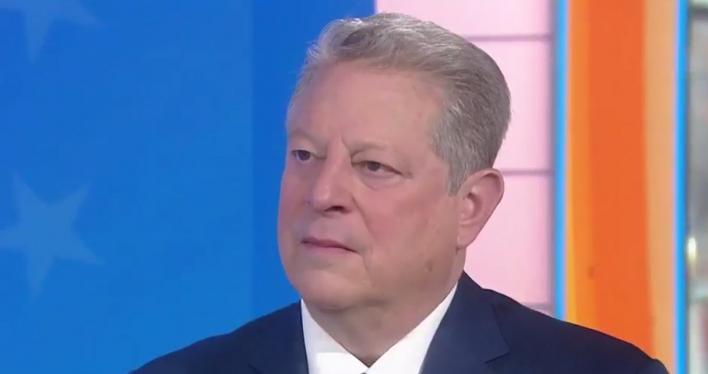