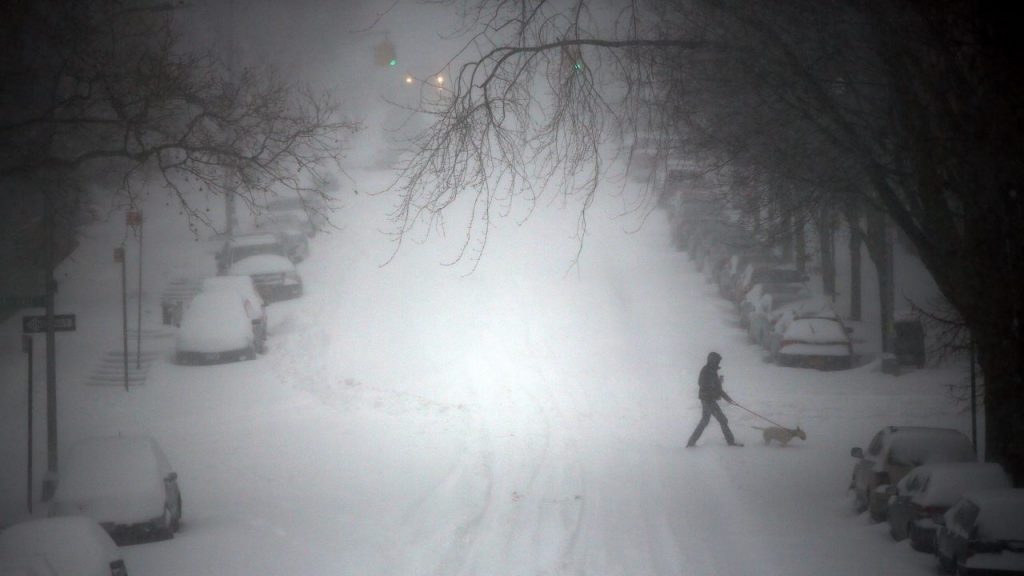 A mid-spring snowstorm in Colorado over the weekend was exactly what the Climate Change Protesters[2] were fearing, as they were hoping to push their political agenda further down the path of crazed insanity with a rally to bring awareness to “global warming,” as well as “climate change” and the Trump administration’s policies that seem to be causing chaos all over the world!. But the event had to be postponed until Sunday.

The rally march on Saturday had to be cancelled after weather forecasters expected heavy snowfall and blizzard-like conditions. There was actually only a few inches of snow that fell in the Colorado Springs area, but more than a foot of it fell in other parts all around the state.

“Sometimes Mother Nature throws you a curveball! We know we aren’t in the business of risking anyone’s safety. Dangerous conditions and wet heavy snow in the forecast for tomorrow,” one local climate change organization had to release.

The rally and march was instead just moved to Sunday afternoon.

The freezing weather and snow in Denver, however, couldn’t put off the rally that took place where photos of a snowman had made hilarious rounds on Twitter.

Oh, and don’t forget this most iconic and wise sign…as well as the freezing backdrop:

The People’s Climate March was what this national event was named and it was supported by hundreds of thousands across the country and tens of thousands just in Washington. But do you know who sponsored the events? Yup! You guessed it! Environmental groups, labor unions and social justice groups.

Participates in the rally were a few of logic and reason’s worst enemies. Charlatan, and former Vice President Al Gore, as well as the outed phony climate alarmist, Hollywood superstar Leonardo DiCaprio.

In John Hawkins’ New book ‘101 Things All Young Adults Should Know’[10], he teaches in chapter 24 of the book, “Don’t put anything on social media you would be uncomfortable with the whole world seeing.” Ain’t that the truth? you would think that these ridiculous signs and tweets in the middle of a snowstorm would be enough to break the illogical portion of their brains, but nope!