DOE Climate Department Banned From Use Of “Climate Change” Or Something 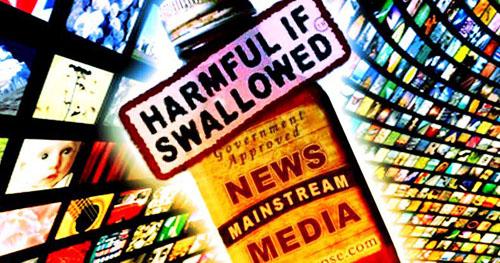 Here we go. A big story using an anonymous source is making a claim, which is sending Cult of Climastrology members into apoplexy, claiming fascism and stuff

(Politico[2]) A supervisor at the Energy Department’s international climate office told staff this week not to use the phrases “climate change,” “emissions reduction” or “Paris Agreement” in written memos, briefings or other written communication, sources have told POLITICO.

Employees of DOE’s Office of International Climate and Clean Energy learned of the ban at a meeting Tuesday, the same day President Donald Trump signed an executive order at EPA headquarters to reverse most of former President Barack Obama’s climate regulatory initiatives. Officials at the State Department and in other DOE offices said they had not been given a banned words list, but they had started avoiding climate-related terms in their memos and briefings given the new administration’s direction on climate change.

The supervisor is not named. The sources are not named.

The office has regular contact with officials from foreign countries, which may have led to the more aggressive action on language than in other offices, a source said. At the meeting, senior officials told staff the words would cause a “visceral reaction” with Energy Secretary Rick Perry, his immediate staff, and the cadre of White House advisers at the top of the department.

The senior officials are not named. There is zero proof this occurred. Yet, that hasn’t stopped The Hill[3], AOL News[4], Newsy[5], Axios[6], The Week[7], and NY Magazine[8], among others, from repeating the no proof provided allegation. From repeating what is essentially content free gossip. Many of the articles even forget to mention Politico’s next paragraph, which cancels the entire story

A DOE spokeswoman denied there had been a new directive. “No words or phrases have been banned for this office or anyone in the department,” said DOE spokeswoman Lindsey Geisler.

In actuality, it seems more as if the Warmists in the department are getting their own green on the outside red on the inside[9] panties in a wad

Another DOE source in a different office said that although there had been no formal instructions about climate-related language in their office there was a general sense that it’s better to avoid certain hot-button terms in favor of words like “jobs” and “infrastructure.”

“We have definitively not received anything on banned words, not even orally,” the State official said. “But people are doing a lot of reading into tea leaves. People are taking their own initiatives to not use certain words based on hints from transition people. Everyone is encouraged to finding different ways of talking about things. There’s a sense that you’d better find a way to delink” from the previous administration’s talking points.

There’s even a wonderful freakout quote from the Sierra Club on the story, a story based on gossip and formally stated by the DOE that it’s fake. A story that seems more like the Warmists having hissy fits over their own feelings and making things up.