It’s so refreshing[1] to have someone head the Environmental Protection Agency that is actually SANE. EPA Administrator Scott Pruitt has taken a break inbetween getting rid of the deadwood at the EPA to concretely state that the science is NOT settled on man-made global warming. This sent the left into a massive fit of outrage. Pruitt wants to use actual science to determine what we can do to help the environment and what we can’t. He’s basing his leadership on scientific experimentation and theory… not emotional outrage based on cooked numbers.

Further study on climate change is needed. Obviously, the conclusions that have been pushed on us for years are bull crap. This global warming/climate change nonsense has become a religion for the left and it has gotten totally out of hand. It’s a scam perpetrated by elitists so they can get rich and control people. Pruitt doesn’t tolerate that kind of nonsense. By all accounts, climate change is a naturally occurring cyclical phenomenon. We can clean up pollution and take care of our environment… but when it comes to the overall climate of the planet, Mother Nature calls the shots. 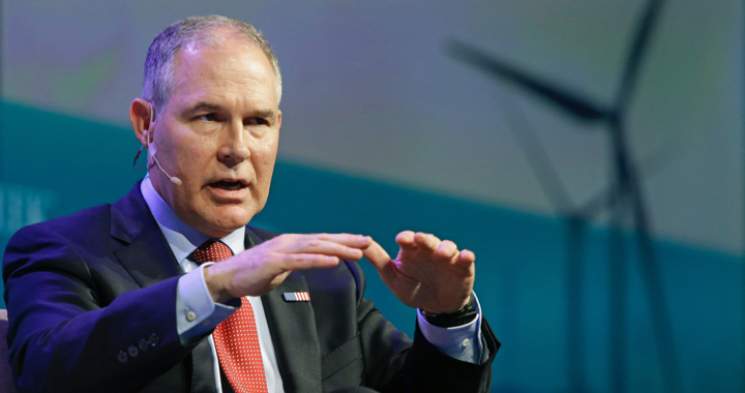 From The New American:

EPA Administrator Scott Pruitt (shown) was on CNBC’s Squawk Box news and talk program March 9, and expressed disagreement with the commonly held opinion that carbon dioxide is the primary contributor to global warming. “I think that measuring with precision human activity on the climate is something very challenging to do, and there’s tremendous disagreement about the degree of impact, so no, I would not agree that it’s a primary contributor to the global warming that we see,” Pruitt said.

Following that statement, a host of diehard adherents of the theory of man-made climate change expressed their outrage.

Pruitt noted that further study was needed to determine the extent of carbon emmissions’ impact on global warming — which seems like a very prudent position to take. It is a key premise of what is commonly called the “scientific method” that once a hypothesis is formed, a number of experiements must be carried out to test its validity. Pruitt’s call for “further study” is nothing more than a plea that opinions and policies regarding “global warming” be based on scientific experimentation — not conjecture.

Scott Pruitt is a brave and wickedly smart man. There is a ton of evidence that global warming has not even existed over the last several years and probably long before that. Every statistic we see is part of the natural cycle of the Earth’s climate. Think ice ages and warming periods in our history. Pruitt’s statements are rational and measured in this context. However, the left now wants to burn him at the stake for even bringing up the possibility that they are wrong and/or full of it.

And here come the unhinged moonbats of the left. Senator Brian Schatz (D-HI), co-chair of the Senate Climate Action Task Force, issued a statement shortly after the interview calling Pruitt’s views “extreme” and “irresponsible.” “Anyone who denies over a century’s worth of established science and basic facts is unqualified to be the administrator of the EPA. Now more than ever, the Senate needs to stand up to Scott Pruitt and his dangerous views,” said Schatz. Senator Tom Carper (D-DE), the ranking Democrat on the Senate Committee on Environment and Public Works, tweeted about Pruitt’s statement: “I think 97 percent of the world’s scientists were surprised to learn this today! I know I was.” And Senator Kamala Harris (D-CA) also directed a tweet at Pruitt: “It’s telling when you’re at odds with @NASA, the National Oceanic and Atmospheric Administration [NOAA], and science generally.” Which is hysterical because NOAA violated its own rules on scientific integrity when it published a flawed report geared to influence world leaders at the UN climate conference in Paris in 2015.

There are many, many scientists out there that agree with Pruitt. The science is definitely not settled and Pruitt is the adult in the room. 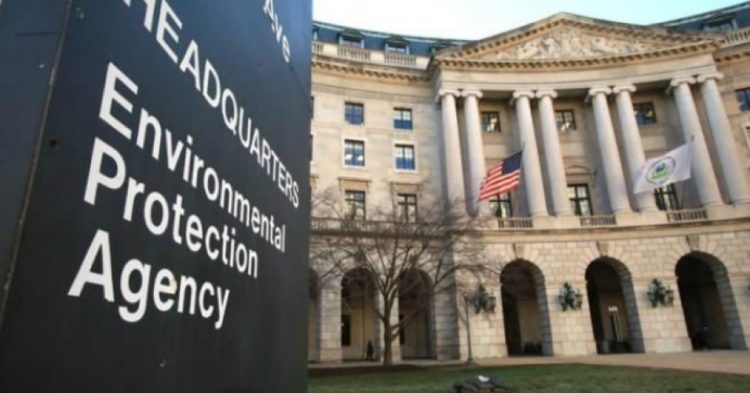