At this point, the global warming hoax survives on sheer arrogance:

Scientists who cancelled their Arctic expedition due to thick ice conditions have an interesting excuse for why they had to abandon their research project — climate change.

“We’re doing a large-scale climate change study and before we can even get going on it, climate change is conspiring to force us to cancel that study,” David Barber, a University of Manitoba scientist who lead the expedition, told The Guardian Wednesday.

Barber’s expedition set out in late May after being caught in 25-foot thick ice off the northern coast of Newfoundland. The expedition was forced to turn back after spending hundreds of thousands of dollars for a four-year project to study the effects of global warming on Hudson Bay.

More money where those hundreds of $thousands came from will not be forthcoming from government agencies unless the researchers continue to prop up the hoax, no matter how preposterous the insolently obvious crapola they must spew.

Add too much arctic ice to the long list of bad things caused by global warming, right next to not enough arctic ice. 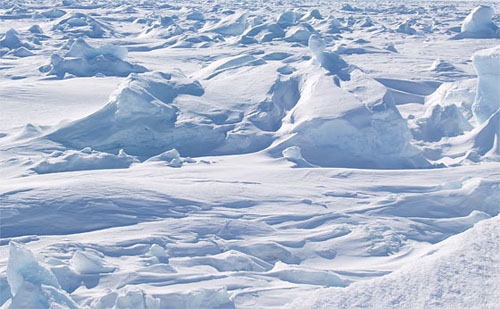