Hurricane Irma An Opportunity To Talk About Climate Change, Not Fake News [VIDEO] 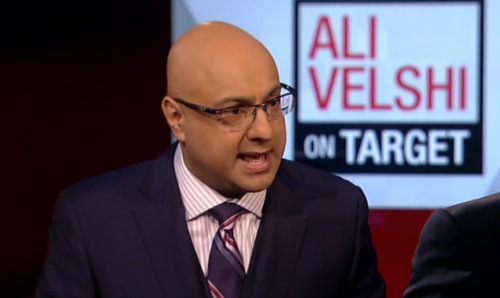 The mainstream media never wastes a crisis. And the occasion of massive Hurricane Irma is no exception. Saturday on MSNBC, Ali Velshi was interviewing the Republican Mayor of Miami, Tomás Regalado, who apparently believes Irma was caused by manmade climate change. During the interview, and sandwiched in between well wishes and sympathy for the residents of Florida as they face Irma, Velshi inserted the ever so predictable idea that this hurricane is the product of manmade climate change. And, in an attempt to answer any potential critics, he added “and it’s not fake news.”

The radical Left believes that humankind can control global temperature, global climate, sea level and of course, weather. It should go without saying that this belief is without basis in fact. The idea that this massive earth and climate are somehow controlled by us, like a wizard behind the curtain, would be laughable if they didn’t take it so seriously.

So, yes Mr. Velshi, that IS fake news. But nice try.

The Mayor was making the point that Miami is vulnerable because it is on the coast and there’s so many people, and so much investment there that is at risk, and that the rest of the nation needs to take a lesson from Miami and work on ways to protect cities that could be in harm’s way.

Velshi, without missing a beat, said, “This is an opportunity to think about how we build, how we mitigate rising sea levels and climate change and it’s not fake news, but, mayor, you’ve got a lot of work to do in your state. A lot of people are doing very hard work right now to alleviate the suffering that South Florida is going to have, but they don’t necessarily share your view that this may be an issue of climate change, so you and I are going to stay in touch on this topic and continue to discuss it.”

No matter what we do, sea level will be what it is, global temperatures will be what they are, weather will happen and the climate will be what it is. No matter what we do, we will not alter the course of any of those things. But of course there are gullible people everywhere who believe we can alter their courses. And those folks should get a bucket and start scooping out sea water from the ocean to get an idea of how completely ridiculous that theory is. Or maybe they can go yell at the hurricane to go away. Or, how about if they chant a spell to change the climate. Because that is about the only thing we can do to change any of these things.

It’s time to grow up Mr. Velshi and put on your big boy thinking cap, and realize we control none of it. We simply prepare for it the best we can and take care of each other. May all those in the path of Irma and those who have been affected by Harvey, and who are dealing with wildfires and earthquakes, be safe and prepared and cared for by their fellow Americans. We may not be able to control these things, but we can be there for those affected.