Masterminds Attempt to Justify Taxing Food to Control the Climate

It is easy to laugh at global warming fanatics, with their hysterical predictions of doom and their unworkable, ineffectual solutions to a problem that doesn’t exist. But the current of raw malevolence — or at best depraved indifference to human suffering — that characterizes this bizarre ideological cult is anything but funny. For example, the journal Nature Climate Change recently published an article entitled, “Mitigation Potential and Global Health Impacts From Emissions Pricing of Food Commodities.” The abstract:

The projected rise in food-related greenhouse gas emissions could seriously impede efforts to limit global warming to acceptable levels. Despite that, food production and consumption have long been excluded from climate policies, in part due to concerns about the potential impact on food security. Using a coupled agriculture and health modelling framework, we show that the global climate change mitigation potential of emissions pricing of food commodities could be substantial, and that levying greenhouse gas taxes on food commodities could, if appropriately designed, be a health-promoting climate policy in high-income countries, as well as in most low- and middle-income countries. Sparing food groups known to be beneficial for health from taxation, selectively compensating for income losses associated with tax-related price increases, and using a portion of tax revenues for health promotion are potential policy options that could help avert most of the negative health impacts experienced by vulnerable groups, whilst still promoting changes towards diets which are more environmentally sustainable.

To translate out of the B.S.-ese, the article attempts to justify fighting “climate change” by taxing food, with the idea that anything you tax you get less of. Like everything in Global Warming Land, it all hinges on the unproven not to mention unlikely assumption that regulating CO2 emissions can noticeably affect the climate:

Much of the emissions reduction would stem from higher prices and lower consumption of animal products, as their emissions are particularly high. The researchers found that beef would have to be 40% more expensive globally to pay for the climate damage caused by its production. The price of milk and other meats would need to increase by up to 20%, and the price of vegetable oils would also increase significantly. The researchers estimate that such price increases would result in around 10% lower consumption of food items that are high in emissions.

Thereby, an unchanging climate will be secured for the first time in Earth’s history.

From commentary at Watts Up With That:

This proposal, from a group of people who have probably never missed a meal in their lives, is totally obscene. …

Needlessly exacerbating the risk poor people don’t get enough to eat, especially children and pregnant mothers, who are especially vulnerable to adverse health impacts from lack of protein in their diet – if this ghastly proposal is ever implemented, future generations will look upon it as a crime against humanity.

But from the point of view of the masterminds who would impose this, forcibly altering our diet is not just a price to be paid, but a benefit in itself. Why settle for controlling the weather when you can also control who eats what?

Progressives’ naked lust for absolute power is appalling to behold. 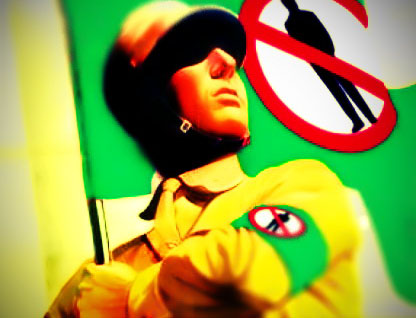 Think of the emissions reductions if they starve us all.

On tips from Steve A, Bodhisattva, Dan F, and Stormfax. Cross-posted at Moonbattery.