Al Gore has been one of the chief fear mongers when it comes to global warming and climate change. According to Gore, we can expect unpredictable, dangerous weather, disappearing ice caps and rising shorelines that would annihilate islands and coastal cities. None of these predictions have come to pass, but he still keeps claiming that it will happen anyway. But a mayor of one of these “disappearing islands” is fighting back[1]. 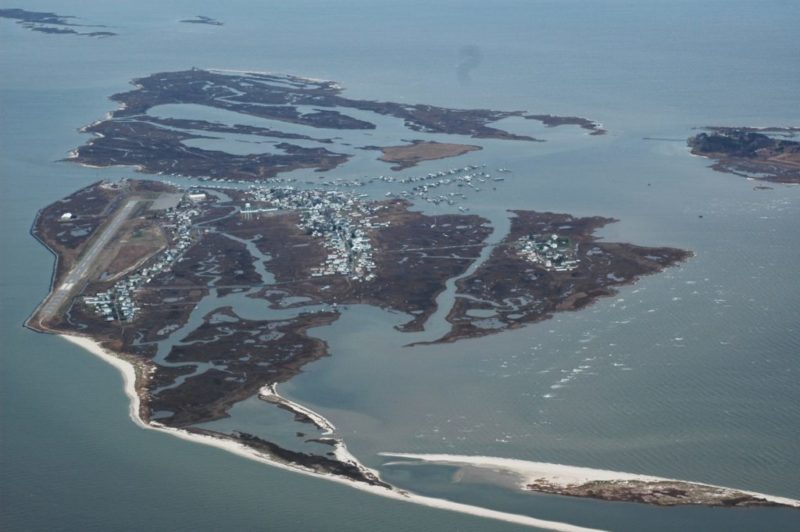 James “Ooker” Eskridge is the mayor of Tangier Island, located in Virginia in the Chesapeake Bay. Over the past 150 years, the island has been slowly disappearing, with estimates that it will disappear completely within the next 50 years and the town will need to be abandoned. According to the Army Corps of Engineers, though, the cause is not global warming — it’s a combination of factors, including groundwater extraction from Virginia, a melting ice cap and the effects of a meteor impact that struck Virginia over 35 million years ago. And Eskridge isn’t buying Al Gore’s global warming hysteria — and he told him as much straight to his face.

“I’m a commercial crabber, and I’ve been working the Chesapeake Bay for 50-plus years,” he said during a CNN town hall on global warming. “And I have a crab house business out on the water. And water level is the same as it was when the place was built in 1970. I’m not a scientist but I’m a keen observer, and if sea level rises are occurring, why am I not seeing signs of it?”

This doesn’t mean he’s ignorant to the reality of the situation on Tangier Island — he just doesn’t blame global warming for it. “Our island is disappearing, but it’s because of erosion and not because of sea level rising,” he explained. “Unless we get a seawall, we will lose our island. But, back to the question, why am I not seeing signs of the sea level rising?”

This is when Al Gore entered the fray, still trying to claim that this was all due to global warming. “What do you think the erosion is due to, mayor?” Gore asked. Eskridge replied, “Wave action, storms.”

“Has that increased any?” Gore responded. “Not really,” Eskridge answered. “So you’re losing the island even though the waves haven’t increased,” Gore said. “Yes, this erosion has been going on since Captain John Smith discovered the island,” Eskridge said. And at this, Gore decided to become condescending.

“Well, arguments about science aren’t necessarily going to be any comfort to you and I’m sorry for what you’re going through,” Gore said. “It won’t necessarily do you any good for me to tell you that the scientists do say that the sea level is rising in the Chesapeake Bay, and that you’ve lost about two-thirds of your island already, over a longer period of time. And the forecast for the future is another two feet of sea — if there was another two feet of sea level rise, what would that mean for Tangier Island?”

Pro-Trump mayor of disappearing island to Al Gore: "Why am I not seeing signs of sea level rise?" #algoretownhall[3] https://t.co/3Bwa1xv9lm[4]

But Eskridge wasn’t about to be intimidated. “Tangier Island, our elevation is only about 4 feet above level, and if I see sea level rise occurring, I’ll shout it from the housetops, we don’t have, you know, the land to give up,” he said. “But I’m just not seeing it.”

Of course, Gore has been predicting rising sea levels for years now, among other hysterical claims and none of them have come to fruition yet. Yet we’re supposed to believe that he’s the one with science on his side?