I personally believe[1] that climate change is one of the largest hoaxes mankind has ever been subjected to. These so-called experts and scientists constantly manipulate data to say what they want it to say. Yet another example of this dishonesty has come to light. New research has been done by meteorologist Anthony Watts and amateur scientist Willis Eschenbach. It definitively shows that the whole basis of climate sensitivity using water vapor as a basis for results is possibly in error. In fact, I’ll bet it definitely is. But that won’t stop the climate change czars from using it… it’s an ends to a means on their one-world agenda.

This whole ‘sky is falling’ nonsense is in reality a scheme to control humans and line the pockets of uber wealthy, corrupt, disingenuous individuals like Al Gore. Only the complicit or massively gullible fall for this crap. I wouldn’t call the science ‘settled’ at all. The earth is not some fragile construct that we, as puny humans, can just destroy. It is far more likely that Mother Earth will destroy us at some point or we will do ourselves in. I have yet to see any solid proof that the earth is warming or that because of our actions on this planet, we have doomed our species and everything on our world. 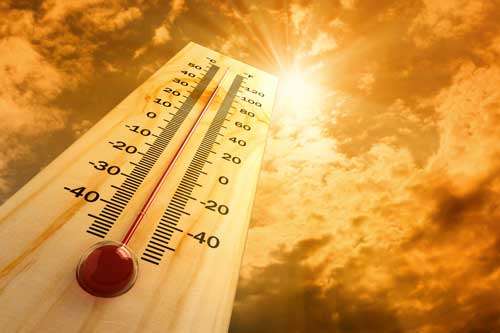 New research suggests scientists may be wrong about a key measurement for projecting man-made global warming.

Watts and Eschenbach used satellite data to quantify the increased feedback from water vapor[5] in the atmosphere. They found forcing water vapor since 1988 was greater than “all the other IPCC-listed forcing since 1750.”

That’s not all. The increase in downwelling radiation from water vapor since 1988 comes in addition to the climate forcings listed by the Intergovernmental Panel on Climate Change (IPCC) and little change in global average temperature in the last 15 to 20 years.

All of which “calls into question the applicability of the concept of ‘climate sensitivity,’” Watts and Eschenbach wrote[6], targeting the key input for climate models projecting future warming. Watts and Eschenbach are presenting new findings at the American Geophysical Union’s meeting in San Francisco Wednesday.

“This study was entirely serendipitous, the result came about from pure curiosity, nothing else,” Watts told The Daily Caller News Foundation.

So much drama and hysteria over a contrived issue. Don’t these people ever wonder why their numbers don’t add up? Or why everything they have predicted has failed over and over to happen? Do they just assume they can bully all of us into believing their whacked climate-cult religion? It sure hasn’t been for lack of trying and brainwashing on the left.

Water vapor is the most abundant greenhouse gas in the atmosphere, but the IPCC says the overall amount of it in the atmosphere has little impact on the long-term warming trend. The IPCC lists water vapor as a “fundamental agent of climate change” because of how it amplifies warming from other greenhouse gases, like CO2. But what’s that got to do with “climate sensitivity” — a measure of how much warming would occur from a doubling of atmospheric CO2 concentrations? Water vapor is somehow supposed to intensify global warming… but we have not seen a rise in temperature as predicted. So, where’s the beef?

Liberals won’t heed this study or the countless other facts out there that prove them wrong. Instead of worrying about real threats such as radical Islam, Russia, China, Iran and North Korea… their bogeyman is climate. And while they dither over the temp, our enemies are likely to kill us. It’s an apocalypse alright… just one they didn’t see coming.