‘Scientists’ Were Out In Force, ‘Marching For Science’…All While The Right Was Mocking Their HYPOCRISY!

Much like every other weekend, people who have nothing better to do with their lives took to the streets by the thousands to protest across the country and celebrate Earth Day. Both were aimed at knocking President Donald Trump’s plan to considerably cut government funding for climate-change programs. But all the while these radical alarmists were wasting everyone’s time in their “March for Science” to “defend” science from the evil climate skeptics, conservatives were hard at work on social media pointing out their hypocrisy while at the same time mocking them something awful!

Lauren from Indiana, reminded everyone of the EPA’s disastrous ‘contribution’ to the Gold King Mine…

Elizabeth Harrington is a writer from the Washington Free Beacon who couldn’t help but remind everyone of one of Earth Day’s co-founders. Ira Einhorn. Oh yes, that same angry hippie that murdered his girlfriend and composted her inside a locked trunk that he kept in his closet. 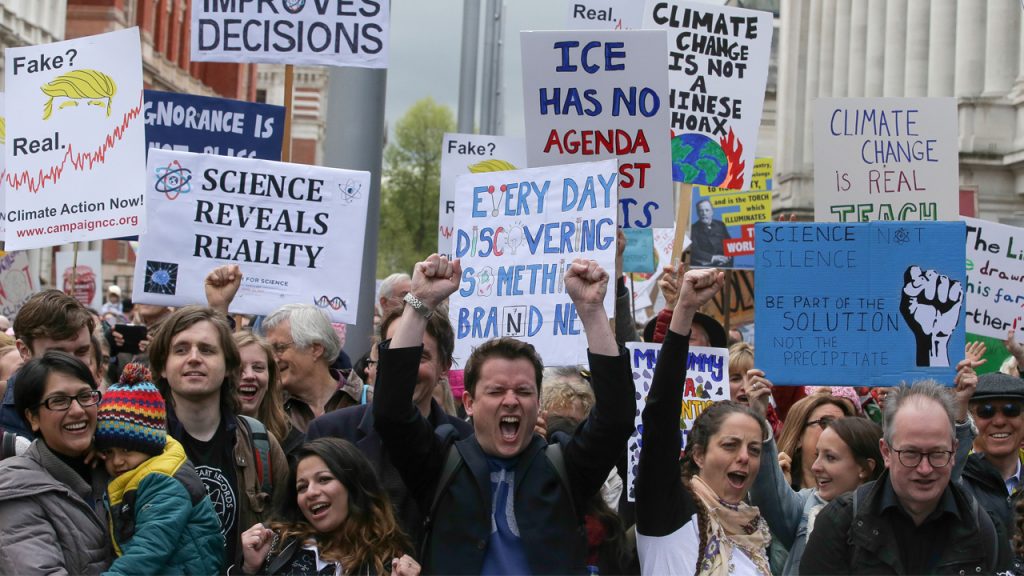 According to NBC News’ report of the murder:

“And so on Sept. 9, 1977, [Einhorn’s girlfriend] went back to the apartment that she and Einhorn had shared in Philadelphia to collect her things, and was never seen again. When Philadelphia police questioned Einhorn about her mysterious disappearance several weeks later, he claimed that she had gone out to the neighborhood co-op to buy some tofu and sprouts and never returned.”

Mmmm, what a green thumb this guy has…in prison. Where he’s rotting in a different way.

Liz Wheeler mocked with one of today’s grossest crimes against humanity itself – abortion. She pointed out that the science was absolutely settled on abortion, but do you hear any of these so-called scientists protesting any of that?

But I believe it was Steven Crowder, the host of ‘Louder with Crowder’, that really got the point across.

Dear March For Science drones: when does life begin? pic.twitter.com/oJ3L5EoKki[9]

The truth is all there in REAL facts and numbers. In John Hawkins’ new book ‘101 Things All Young Adults Should Know’[11], he teaches in chapter 24, “Don’t put anything on social media you would be uncomfortable with the whole world seeing.” I believe each one of these awesome trolls for truth will regret nothing when it comes to the hypocrisy of the left.