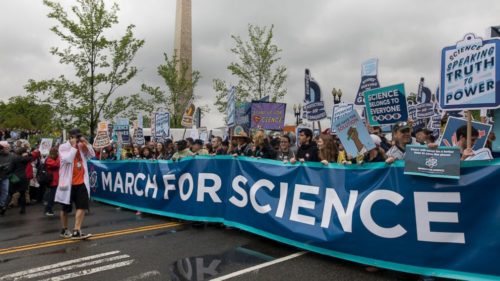 Another Earth Day has come and gone, and in addition to the usual guilt-mongering climate change nonsense, this year included The March for Science[2]. Many marches for science were scheduled in cities around the nation with the largest one expected in Washington, D.C. According to the group’s website, “the rally will be a call for politicians to implement science based policies, as well as a public celebration of science and the enormous public service it provides in our democracy, our economy, and our daily lives.”

The only problem with that is this: these fringe elements are the ones who apparently think they get to define what authentic “science based polices” are. If federal policy is implemented that they disagree with, then according to them it’s a policy that is not science-based. But what about the scientists who do not agree with the extreme beliefs of these marchers for science? What about climatologists who do not concur that human beings are responsible for what the political Left believes to be harmful changes in climate? What about the fact that climate simply changes over time, temperatures go up, they go down, they level off for a bit, then go up again. There is approximately 130 years, and that’s a generous estimate, of worldwide detailed climate and temperature information. The earth has been around a long long time. Some say hundreds of millions of years, some say as few as 6,000. But either way, 130 years of climate data is not even close to a reasonable scientific sample on which to make dire future predictions. So, if these folks are so concerned with keeping science in the picture and in the policy process, they may want to start with a proper scientific method, which has some inconvenient rules about sample sizes and how they can be used to extrapolate data to a larger situation. But that has not stopped the climate Nazis from using improper bad science to try to control everyone around them. 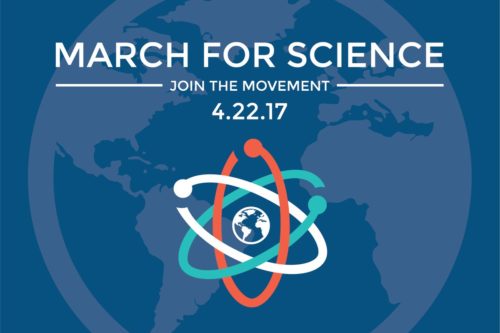 And then there’s the matter of the numerous failed doomsday predictions of the past. Among them are: a new ice age is coming, California will fall into the sea, New York City will be under water, the polar ice caps will be melted and gone, acid rain will kill us, the hole in the ozone will cause dangerous health issues, polar bears are almost gone and greenhouse gases are going to turn earth into a giant oven. All of these scary claims were made in the past 50 years. All of them set time limits for when it would occur. All of those time limits, from 10 years to 40, have come and gone with no actual major, and only a few very minor, changes to earth’s overall climate. And those minor changes are easily factored into the normal expected ups and downs of a climate. In other words, it’s a load of malarkey. So what’s the real reason for the March for Science? It is likely that these folks are afraid that Trump and his administration won’t really buy the climate scare snake oil they are selling. It is likely that Trump will cut the bloated budgets for many scientific projects based on the lack of data or the misrepresentation of data. In other words, Trump isn’t afraid of the fear mongers. And they know that their unlimited guilt driven gravy train of federal money is about to come to an end.

To the March for Science protesters: march all you want, bring out all the pseudo-scientists dressed in lab coats that you please, but your wailing is falling on deaf ears. Time to hit the books and learn the actual scientific method. Because science-based policy isn’t defined by the unscientific beliefs of rabid Leftist environmentalists. It’s defined by facts and common sense, and most of all, by adherence to the scientific method. Science is not consensus based. Science is not “majority rule.” Once upon a time there was a “consensus” that the earth was flat. We all know how that turned out.

In John Hawkins’ new book ‘101 Things All Young Adults Should Know’, he teaches in chapter 85 that “you are not a victim” and that includes not being a victim of climate change or of those who issue doomsday climate predictions based on pseudo-science.