The problem with professional doom-mongering is that you have to keep escalating the hysteria or people lose interest. Before long, your outlandish predictions exceed the credulity of the audience, and you find they are laughing instead of gasping in horror. Al Gore is one example. Another is Stephen Hawking:

“We are close to the tipping point where global warming becomes irreversible. Trump’s action could push the Earth over the brink, to become like Venus, with a temperature of two hundred and fifty degrees, and raining sulphuric acid,” he told BBC News.

“Climate change is one of the great dangers we face, and it’s one we can prevent if we act now. By denying the evidence for climate change, and pulling out of the Paris Climate Agreement, Donald Trump will cause avoidable environmental damage to our beautiful planet, endangering the natural world, for us and our children.”

Looks like Trump withdrawing from a farcical agreement that had zero chance of perceptibly changing the weather could put an end to life on earth. Not even the “mainstream” media could top that one. 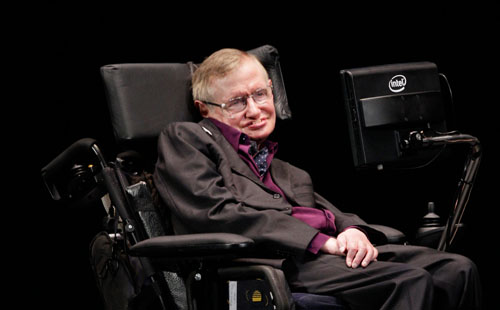 On tips from Bodhisattva and Stormfax. Cross-posted at Moonbattery.