Take That Global Alarmists! According to a NASA Study, Antarctica is GROWING, Not Shrinking

NASA is having to eat its own words.[1] They’ve come up with satellite data that shows the arctic ice is growing, not shrinking. Many of us already knew this, but NASA is slow to admit their own line of climate warming bull crap. According to this study, not only is the ice sheet growing, sea levels are reducing. The climate alarmists must have been crushed when they got this news. All their scare mongering is going up in cow burps[2]. Looks like they’ll have to put the plan on hold to curb a planet-wide menace: farting and belching cows implicated in global warming. Things are tough all over. 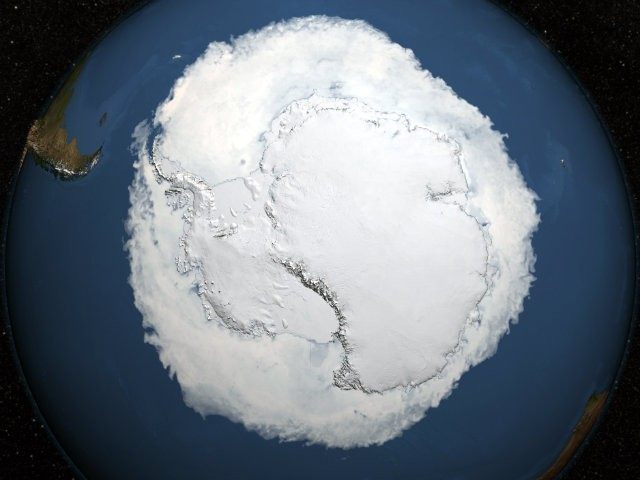 Antarctica is growing not shrinking, according to the latest study[4] from NASA. Furthermore, instead of contributing to rising sea levels, the still-very-much-frozen southern continent is actually reducing them by 0.23 mm per year.

The study – by an organization not hitherto noted for playing down environmental scares – will come as a major blow climate alarmists. For decades, they have cited Antarctica as one of the bellwethers of global warming catastrophe[5] and have claimed – as the IPCC’s most recent Assessment Report did – that its land ice mass was slowly melting into the sea.

But the satellite measurements used in the latest NASA report tell a different story. Unlike previous studies – many largely based on guesswork because the continent is so vast and inhospitable, meaning that data is extremely limited – they use satellite altimeters to calculate changes in the surface height of the ice. What they show is that the amount of ice lost by glaciers collapsing into the sea has been exceeded by the gain in ice mass from accumulated snow.

Among those alarmists trying to put a brave face on the shocking news is the report’s lead author Jay Zwally. Like so many of his colleagues at NASA’s Goddard Institute of Space Studies (GISS), Zwally has fought heroically over the years to promote the climate change scare narrative – and he’s not about to give up now[6].

“I know some of the climate deniers will jump on this, and say this means we don’t have to worry as much as some people have been making out,” he says. “It should not take away from the concern about climate warming.” As global temperatures rise, Antarctica is expected to contribute more to sea-level rise, though when exactly that effect will kick in, and to what extent, remains unclear.

Even in the face of facts, these climate gurus are still pushing their hype that eventually the seas will rise, as will the temperatures, causing millions of humans to have less sex[7]. Looks like many of these climatologists are going to be unemployed if this keeps up. I’m sure the elitists and the UN won’t let a little thing like facts get in their way though. There’s too much money to be made from the climate scam… too much power to be wielded and garnered. They’ll claim the study is flawed and they’ll keep trudging on telling us we are all doomed if we don’t pony up for a global carbon tax and submit to a one world government and religion. It’s straight out of the fascist playbook.